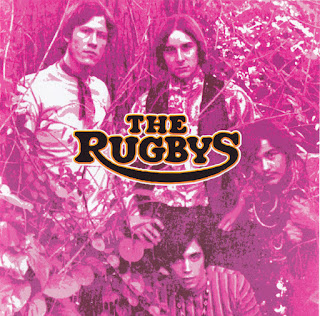 A Louisville, Kentucky band, the Rugbys spent a few years working the local circuit prior to cracking the national market. Peaking at No. 24 in the late summer of 1969, “You, I” was the song that did the trick, but wound up being the band’s only hit single.

Performed at a quick and urgent pace parked aloft a bed of menacing fuzz guitars, stabbing breaks, bristling distortion, and icy psychedelic vocals, “You, I” imparted a visible tip of the cap to the sonic shreddings of Jimi Hendrix. Prompted by the success of the song, the Rugbys cut an album, Hot Cargo (Amazon Records) that expectedly included the winning track.

Like “You, I,” most of the material on Hot Cargo gravitates towards the hard rock side of the dial. A gruff and funky veneer encases both “Wendegahl the Warlock” and “Juditha Gina,” and “Rockin’ All Over Again” pumps and jumps to a tummy-wiggling boogie beat. Rigged with flowery keyboard ruffles and stately arrangements, “Lines of Thought,” “For Love Gone,” and “King and Queen of the World” pivot and rivet with artful twists and turns.

Not entirely immersed in heavy rock, the Rugbys delivered an altogether different vibe on the glossy soul pop of “Stay With Me,” and “Song to Fellow Man,” a jaunty piano-driven anthem pleading peace and love set to a rootsy gospel pitch.

Although Hot Cargo doesn’t qualify as a game-changer, original songs and intrepid musicianship afford the album to be ambitious and appealing. The Rugbys certainly had good ideas and a rich imagination, so there’s a lot of neat stuff going on here. Those with a yen for acts such as the Amboy Dukes, Blue Cheer and Steppenwolf will surely approve.

The band never recorded another album, but in 2008 the Gear Fab label released a collection simply titled The Rugbys that focuses on previously unissued tunes from 1965-69 and is also strongly recommended.
by Beverly Paterson 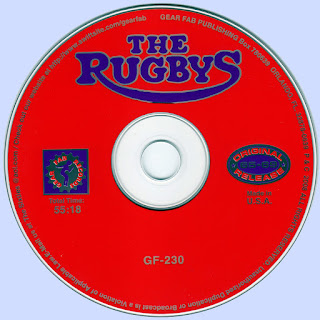 Free Text
the Free Text
Posted by Marios at 7:54 AM 2 comments: