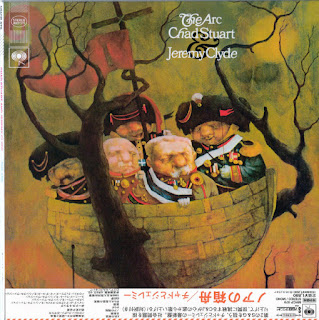 Chad and Jeremy are remembered for little more than being posh – a shame because their sunny, gently psychedelic final album was genuinely amazing.

The Ark is a genuinely amazing album. It's luscious sound sits somewhere between baroque psychedelia and the sunshine pop Usher would go on to explore with his revered band Sagittarius (think the Zombies' Odessey and Oracle basking in the Californian sunshine). Chad and Jeremy couldn't quite stop themselves metaphorically dressing up as bowler-hatted city gents or guesting on Batman one last time – it concludes with a cover of a novelty single by Bernard Bresslaw called You Need Feet, which no one in the world needs to hear – but elsewhere, they came up with a string of utterly beautiful songs.

The gorgeous title track drifts lazily in on a sea of brass and woodwind, swelling into a mass of tumbling drums and fuzz bass: he probably wouldn't have agreed as he cleared his desk, but Usher's production was worth every penny. The harpsichord-decorated Pipe Dream is equally lovely, Sunstroke's distorted vocals and sitar perfectly capture the image of a stoned Englishman wilting in the west coast heat, while Imagination is a gleeful pop song – albeit one with a surprising amount of xylophone on it – that conjures a childlike sense of wonder without cloying. Transatlantic Trauma 1966 is, perhaps unwittingly, an intriguing snapshot of pop star self-absorption and ennui: writing to his girlfriend in London in the middle of a US tour, Clyde first explains that he won't be paying her airfare to join him, then – less of a gentleman than you might expect given his aristocratic lineage – tries to fob her off with some free albums.

You could argue that The Ark is a record very much of its era – it's the kind of album that features an Indian raga-influenced instrumental called Pantheistic Study for Guitar and Large Bird – but that's not quite true. One of the umpteen reasons for its failure was probably that The Ark arrived out of time. Its emotional tone is a kind of pacific stoned wistfulness (as you might expect from a duo who must have realised in their heart of hearts that their 15 minutes of fame was up), but in 1968, events had conspired to turn rock music darker and angrier. In fact, some of the year's darkness had seeped into The Ark: Sidewalk Requiem, Los Angeles, June 5th and 6th ruminates on the assassination of Bobby Kennedy, on whose campaign Chad Stuart had worked, but it doesn't provoke the kind of man-the-barricades anger of Street Fighting Man or Revolution; just bewildered sadness. Perhaps Chad and Jeremy were just too well brought up for that kind of thing. Either way, The Ark proves they should be remembered for something more than being posh.
by Alexis Petridis, Tue 29 Jan 2013 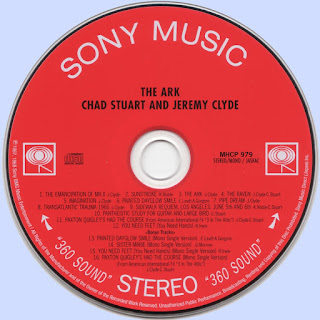