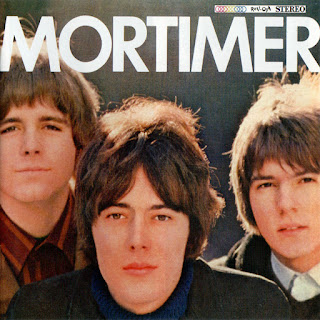 Being forever overshadowed by their brief liaison with Apple Records, in spite of never even getting a chance for a full “bite”, Mortimer is a bunch of ex-garage rockers (as The Teddy Boys), hailing from another (Big) Apple, turning mellower under the influence of sounds of the day, coming both from the American West Coast, as well as Britain.
Dropping their initial full-band punky attitude for a peculiar, mostly acoustic/congas-backed harmonizing, in 1967 they delivered an item that has become pretty sought after among popsike collectors over the years. The opening track, Dedicated Music Man, with it’s innocent folky verses being followed by a full blown rock-out, is the only one incorporating the traditional guitar-bass-drums set up.
While Life’s Sweet Progression, though acoustic based, also offers a kind of a more rocking approach, compared to the rest of the content, which is exclusively lightweight psychedelicacy, ranging from dreamy Beatle-ish vocal arrangements as heard in Where Dragons Guard The Doors, through catchy sunshiny pop gems.
Such as another pair of Beatlisms, Would You Believe and To Understand Someone, and the equally sunny, but kinda moody at the same time, Singing To The Sunshine, to Waiting For Someone, finding them somewhere between Simon & Garfunkel and the Everlies, or the genuinely Britsike-sounding piece called Take Your Troubles, that wouldn’t sound out of place on any of the Zombies’ or Kinks’ late ‘60s releases.
After failing to gain much recognition out of the New York region, the band was taken to London by their manager Danny Secunda, securing a deal with Apple, and even recording an album for the label, which still remains to be bitten, but that’s another story of course.
by Garwood Pickjon, September 6, 2006 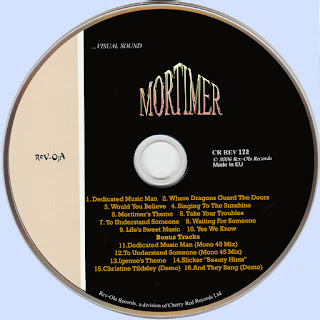