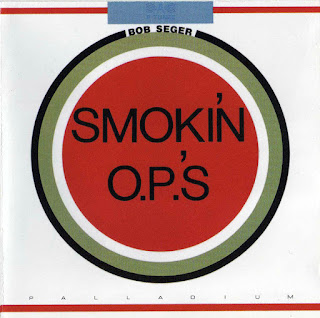 It's that legendary "Heavy Music" man back on the scene again with his fifth album in as many years, and most likely his best (arguably, his best material is available only on Abkco singles, and were originally released on the Cameo-Parkway label six years ago}.

If you're residing on either coast, it's a good bet you've never heard of this guy, and you've been missing a thrill. Hopefully, this album will change all that. In the South, Southwest, and all-important Midwest, they rank this Detroit boy right up there with Rod Stewart and Joe Cocker. With good reason -- Bob has consistently churned out great singles for six years, and always puts on a great, exciting live show. Seger is an intense, charismatic performer and person, and the fact that he has never made it big in California or New York is at least as unfortunate for those of us living in those states, as it is for Seger himself. And he is one of the few hard rockers who is totally capable of translating his in-concert excitement from the stage to the vinyl.

The man who wrote "Heavy Music," "2 + 2," "Ramblin' Gamblin' Man," and "Death Row" in his days with Cameo and then Capitol Records (the most important of the Capitol LPs to have is Tales of Lucy Blue) comes through here not so much with original material as with successful interpretations of already popular songs. His "If I Were A Carpenter" was a pretty big hit last summer, for instance, and that's a pretty hard song to breathe new life into, it's been done so many times already.

He's backed on this record by Teegarden and Van Winkle, themselves an established popular Michigan rock group (remember "God, Love, and Rock and Roll"?). Seger can rock with the best of them on guitar or keyboards, but his greatest asset is his voice. Echoes of Eric Burdon in his prime may run through your head, and justifiably so, but Seger has his own vocal style.

His choice of material for this album is eclectic and successful: Bo Diddley's "Bo Diddley" and Eric Anderson's Chuck Berry riff, "Let It Rock." Plus Stephen Stills' "Love The One You're With," Leon Russell's "Hummingbird" and Bobby Blue Bland's classic "Lovelight."

Worth the entire price of admission, however, is a version of "Heavy Music" that sounds very close to the original version of six years ago. It must be an old version, because the band is Seger's old Last Heard, not the same personnel as on the rest of this record. The song is a prime example of and an anthem about Detroit's heavy rock and roll music.

It's about time that Bob Seger achieved the recognition that his talents and his six years of sweat and poverty have earned him. There is no excuse for you to not have this album in your collection, no excuse at all. 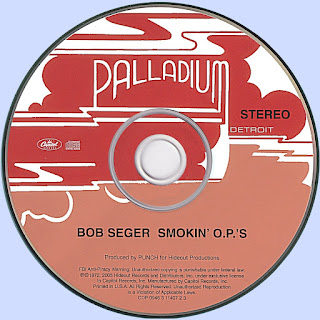 Free Text
the Free Text
Posted by Marios at 5:41 AM No comments: