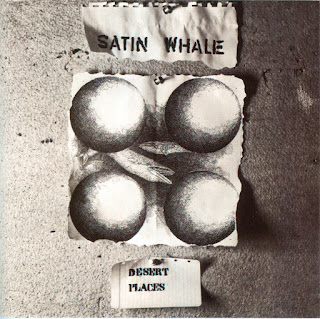 Satin Whale formed in 1971 and featured here is their rather spirited first album, Desert Places, released in 1974. A collection of mostly organ and guitar instrumentals that sound like they have rehearsed arrangements but maintain excitement throughout with memorable tones and musicianship. There’s sporadic vocals, flute and sax from multi-instrumentalist Dieter Roesberg, driving grinding organs from Gerard Dellman with fluid bass lines from Thomas Brück (I think he may be the lead singer, too). The line up is completed by the handy Horst Schöffgen on drums.
by Marty Willson-Pipe

Satin Whale's main influence was definitely Santana, and much of the guitar/organ interplay is similar to Carlos Santana / Gregg Rolie on the early line up from '68-'72. I always have thought that some sort of progression on early Santana rock would be great, and this album in every way is like a great Kraut rock version of that band. While certainly not original, and not really that progressive, this is a superb rock album with great moves and band interplay.
by Mike McLatchey 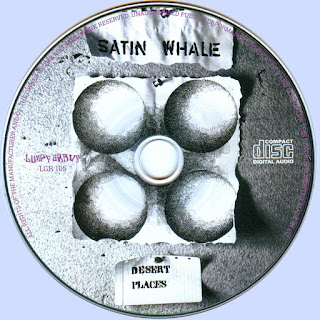