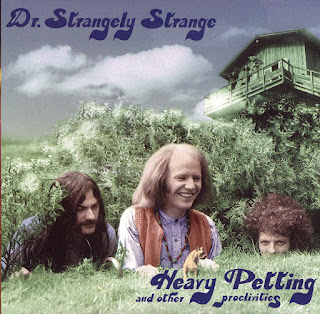 On their first album, Irish band Doctor Strangely Strange declared themselves to be "strangely strange but oddly normal," and by their time of their second effort, 1970's Heavy Petting, it's possible that "oddly normal" no longer applied. The spiritual cousins of the Incredible String Band, although less rooted in folk traditions, their music flitted around like a butterfly, rarely settling anywhere for long -- and certainly never for the length of an entire song. "Gave My Love an Apple," for example, begins as a folk ditty, and then morphs into an extended electric bluesy guitar solo that has little to do with what went before.
Childlike in its innocence, the album seems eager to taste all the possible flavors of music in a short span, making it a miracle that it holds together at all, let alone as well as it does. For make no mistake, Heavy Petting is something of a hippie joy. Joe Boyd's production is pristine, and the playing is well above the amateur standard of so many bands of the ilk, even if the frequent left turns of the material -- try "Summer Breeze" and "When Adam Delved" as examples -- makes things disorienting, but in a good way. If you're willing to expect the unexpected, you'll love it.
by Chris Nickson
Dr Strangely Strange were Ireland's answer to the Incredible String Band, a delightfully quirky outfit whose vinyl releases have become collectors' items – and rightly so. Now digitally remastered, and with out-takes and live tracks added in, this set was originally released in 1970, and includes fine, fluid early guitar solos from the great Gary Moore, then a teenager.
The songs match surreal lyrics against an engagingly bizarre kaleidoscope of styles; Moore's blues-rock is intercut with ragtime, country (including a burst of the Patti Page favourite, Tennessee Waltz), acoustic traditional and medieval styles, along with church music and carols, with Jove Was at Home suddenly segueing into a triumphant Gloria, Hosanna in Excelsis. There is also inventive vocal harmony work – which sounded particularly impressive.
by Robin Denselow, Thu 3 Nov 2011 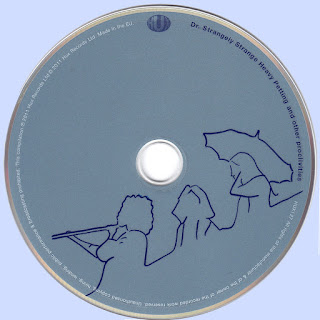