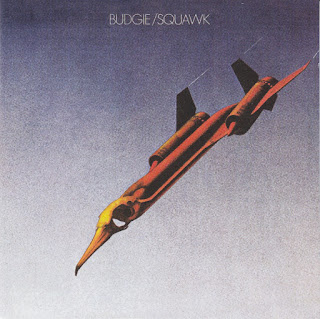 Second album Squawk featured the first sleeve illustration by Roger Dean, who developed the band’s Budgie figure into something of a Planet Of The Apes-style, armed-to-the-teeth hybrid. Burke Shelley felt it lost the humour of the original David Sparling illustration, which, curiously, another band had had first dibs over: it had been commissioned by Hawkwind and, having been rejected by them, had the head of the hawk horserider replaced by that of a budgie.

Standout track from Squawk was Hot As A Docker’s Armpit, a title Shelley picked up from something Humble Pie’s Steve Marriott once said in an interview: “You can just hear it in Cockney, can’t you?” Other highlights included Whiskey River, released as a single, which featured a double bass drum reminiscent of Ginger Baker. “When we played it live,” recalled Bourge with no little approval, “it sounded a lot heavier than on record… monstrous.”

As for the crazy song names, self-confessed “book person” Burke remained unrepentant. “If you get a working title for a song before it’s finished – like Paul McCartney’s Yesterday was Scrambled Eggs, as everyone knows – all I can say is we had a lot of scrambled eggs in our band…”

Sales of Squawk, released in 1972, were encouraging enough for MCA to sign the trio directly to the label.
by Michael ‘Bandolier’ Heatley 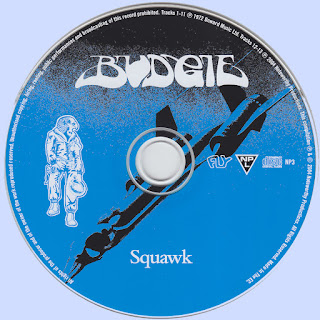 Free Text
Text Host
Posted by Marios at 11:39 AM No comments: