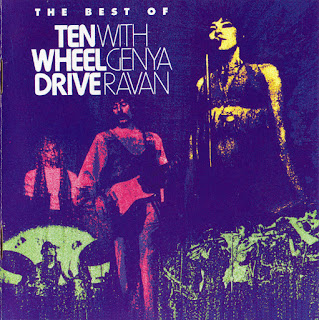 Ten Wheel Drive was a highly influential rock/jazz group not afraid to push the envelope while exploring various musical styles. Though musicians came and went, including the original lead vocalist, by the time the fourth album was released, the records have stood the test of time, influencing the successful Bette Midler breakthrough film The Rose, inspiring women with the drive and ambition to front their own group in a once male-dominated industry, getting sold on online auction sites to be discovered by new generations of music lovers.

When Bette Midler put the Jerry Ragovoy/Larry Weiss song "Stay With Me" in her film The Rose, it was a sly tribute to the genius of Genya Ravan and her innovative ensemble Ten Wheel Drive. The former Goldie Zelkowitz hit big in Europe with "Can't You Hear My Heartbeat," which Peter Noone has said Zelkowitz/Ravan's manager nicked off producer Mickey Most's desk. Most and Noone, of course, hit in America with "Can't You Hear My Heartbeat" on a Herman's Hermits release. Zelkowitz emerged from her pioneering girl group (later producing Ronnie Spector's first solo disc) to front an adventurous and highly experimental unit known as Ten Wheel Drive.

With elements of Blood, Sweat and Tears meeting Big Brother and the Holding Company somewhere in the middle, Ten Wheel Drive covered the gamut of pop styles. The band's three albums with Ravan, and a fourth without her on Capitol, only hinted at Ten Wheel Drive's potential. Polygram's Bill Levenson has done another commendable job putting together a solid collection featuring six tracks each from the first two discs and four from the third. A track from the Capitol disc co-written by Schefrin/Zager/Ravan and entitled "Why Am I So Easy to Leave" would have made this perfect but, clocking in at 79:05, this disc is generous indeed.

"Come Live With Me" has Ravan's exotic vocals slinking up and down the scale alongside bass and guitar, and "Brief Replies" is reminiscent of Mae West singing in the film Myra Breckinridge, but it is Ravan's screaming-from-the-cosmos wail in her astonishing performance of "Stay With Me" that is the album's zenith. Pearl producer Paul A. Rothschild was enlisted to recreate Ravan's performance somehow and Bette Midler did a wonderful tribute to her, as well as to Joplin and to songwriter Ragovoy (who also co-wrote Joplin's signature tune "Piece of My Heart."

Make no mistake, both Joplin and Midler have owed a debt to the work of Genya Ravan. Just listen to "Last of the Line," with its experimental pop that Big Brother and the Holding Company flirted with so often, or the dreamy "Shootin' the Breeze," which sounds like a Jackie DeShannon/Burt Bacharach reunion. It is second only to "Stay With Me" as the showpiece of the disc. Any group that goes out on so many limbs to cover pop, jazz fusion, hard rock, country, blues, and any other musical format whether in vogue or not, deserved the opportunity to generate more sound. This "best-of" is a unique snapshot of talents who have yet to receive their due.
by Joe Viglione 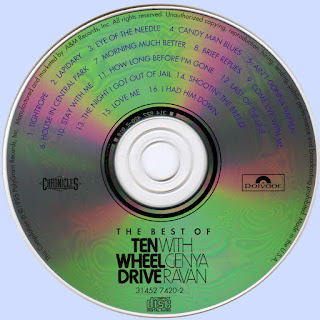 Free Text
Just Paste
Posted by Marios at 8:22 AM 1 comment: