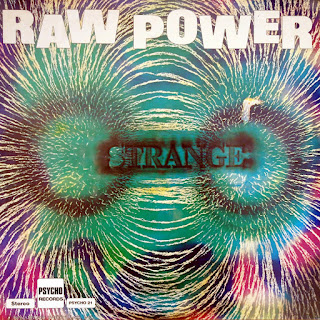 Terry is one of those guitarists who have made the solo his life goal, just like Randy Holden, Jimi Hendrix, Wilburn Burnchette, but not out of narcissism or anything like it just because the instinct of guitar genius allows them, when the muse strikes to improvise and create incredibly personal and unrepeatable weaving of sounds. (Have you ever heard Jerry Garcia or Duane Allman live repeat the same solo voice? It just doesn't happen!)

Terry forms his own band, The Strange, in a classical trio with Bob Griffin on base and Don Hastle on the drums. But when the time comes to sign a record contract, given his success with the public and the critics, he turns down a profitable RCA contract (which would have forced him to denature his sound) and accepts the offer made to him by the local label, Outer Galaxy, where he has ownership interests.

The result was Translucent World (1973), an extraordinary piece of work, unique, with pieces written by Brooks. They were stupendous because of his fluid guitar, almost impalpable, sometimes having an acid atmosphere, sometimes dreamy and ethereal, constructed by a truly unique and personal style that no one else has ever been able to imitate. To fully understand what I've just written, it's enough to listen to cuts like Some People Play Music, Of all Existing Things, Other People Feel Music and the seminal Mental Escape Into the Translucent Frequencies.

Despite the success decreed by music critics, three years go by before we hear a new Terry Brooks album. Raw Power, is another masterpiece, comes out in 1976 in the name of Terry Brooks & Strange. The record is made up of new compositions by Brooks (you'll take note of Love Me, Raw Power and Life Jam which makes up the entire second side of the record, more than twenty minutes of music that will really make you dream). The two records I've cited up to now were reissued in the eighties under the English label Psycho, whereas they've just been reissued by the Italian label Comet Records with an excellent re-mix (available either in LP or CD digipack, with a bonus track, they should be easily available in stores, at a good price and in a numbered edition). After that, another long silence ensues. The two records are sought after by vinyl maniacs and Terry finds himself being turned into the classic cult figure, with his regular bevy of fans perennially waiting for word of him.
by Daniel Ghisoni 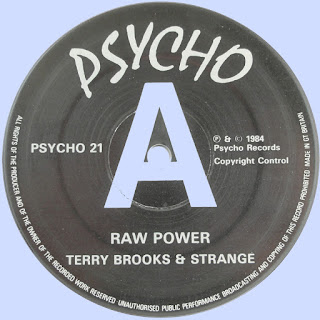