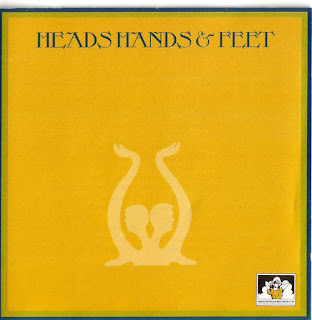 Following the dissolution of Poet & the One Man Band, Albert Lee (guitar), Pete Gavin (drums), Tony Colton (vocals), and Ray Smith (guitar) got together with Chas Hodges (bass, violin, vocals) and Mike O'Neill (keyboards) to form the country-influenced Heads, Hands & Feet and recorded a double album that had a great deal in common with the work of the Nitty Gritty Dirt Band and the Grateful Dead at that time. Their self-titled debut album, populated with guests from the folk and singer/songwriter scenes, was released as a double record in the U.S., but only as a single album in Europe. The record was very well regarded, with Lee's guitar work garnering attention.
Keyboardist O'Neill departed soon after the album's release, and the band proceeded to move away from country influences and toward rock. Band split before the 1973 release of Old Soldiers Never Die, which marked the group's move to Atlantic Records. Albert Lee moved on to found the Albert Lee Band with Pete Gavin and Chas Hodges, and eventually joined Eric Clapton's band. Chas Hodges later formed the duo Chas & Dave with Dave Peacock.
by Steven McDonald 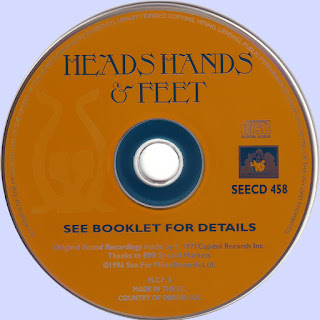