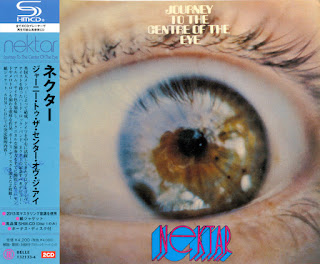 Nektar are one of those classic progressive rock bands who have seen their catalog reissued and remastered countless times over the years, and at some point you just have to question, 'when is enough enough' ? Well, Purple Pyramid/Cleopatra Records certainly don't think we've seen enough Nektar reissues, because here comes yet again another version of the bands very fine psychedelic debut from 1972, titled Journey to the Centre of the Eye. No doubt most fans already have purchased this album on CD at least twice, so now here in 2013 Purple Pyramid is going to try and entice you one more time to take the plunge. Why you ask? Well, because of the bonus CD included in the set that contains a full live performance of the album recorded in 1971.
As we've reviewed Journey to the Centre of the Eye before, I'm not going to get too in-depth with the album itself. Let's just say it's a masterful collection of science fiction themed psychedelic progressive rock. Though the band are British, because they made their home base at the time in Germany, many fans lumped their music into the growing 'krautrock' scene, and while you can hear similarities to some of the bands on that scene thanks to the swirling organs & Mellotrons and fuzzed out guitar tones, their roots were in British rock & psychedelia. The classic "Dream Nebula" suite still sends chills today with its haunting keyboards and sizzling guitar lines, but the fact is the whole album is just a successful, rambling slice of the early '70s, an eerie acid trip into worlds unknown, and a great start to a career that would see Nektar release one killer album after another for quite a few years throughout the decade.
The live bonus CD is presented in one long extended track, and considering the age of the source material the sound isn't too bad. The band are in full psychedelic mode, with Allan 'Taff' Freeman's array of keyboards (organ, piano, Mellotron) providing plenty of haunting & spooky backdrops throughout, and Roye Allbrighton's guitar work drenched in fuzz, wah-wah, and bordering on feedback. "Warp Oversight" is especially powerful and chilling, and leads into the killer "Dream Nebula", but also look for stirring versions of "Burn Out My Eyes" and "Death of the Mind". Plenty of oddball noises and sound effects created by the band during the set, and you can only imagine being in the audience and influenced by certain 'substances' how much of a mind trip this show must have been.
by Pete Pardo 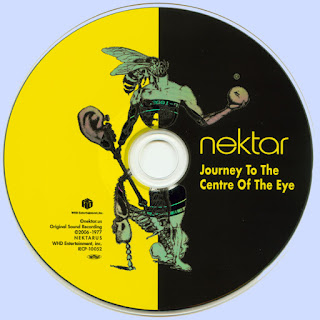 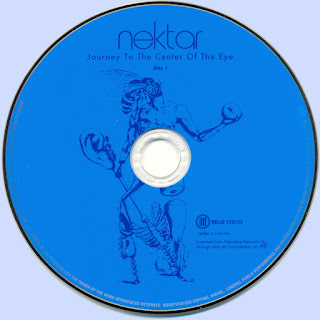 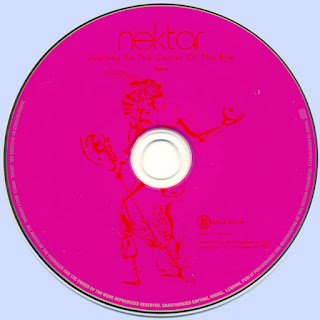