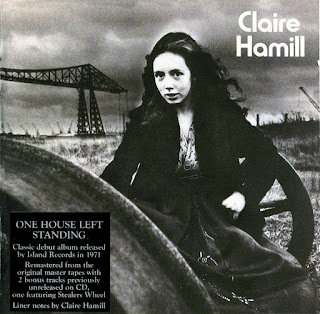 The ferociously talented Claire Hamill charmed her way onto Island Records, although initially label head Chris Blackwell was a bit put off by her tender age. But the 16-year-old with the crystalline voice and powerful pen was determined, Blackwell relented and ended up co-producing her 1971 debut album alongside her manager John McCoy. The bulk of the ten-song set was composed by either Hamill herself or co-written with her then boyfriend Mike Coles. Invariably romantic themes predominated, so did songs about growing up, as did thoughtful, introspective numbers, with a pair showcasing the artist's youthful sense of fun. But how to market this ferocious talent? As a singer/songwriter? as a folkie? or as a soft-rocker? McCoy and Blackwell never did decide and brought in a group of top-notch musicians to create a set that encompassed all angles.

The cutesy "Baseball Blues" that opened the One House Left Standing set Hamill up as the British Melanie; oddly, though, it wasn't chosen as the single, instead Blackwell opted for the searching "When I Was a Child." The powerful "Alice in the Streets of Darlington" featured on the flipside, and is one of two bonus tracks included on the Esoteric reissue. Neither were particularly representative of the album, which leaned in a somewhat folkier direction. The comic book horror of "Flowers for Grandma" is presented as a medieval ballad, the affecting "The Man Who Cannot See Tomorrows Sunshine" is more pastoral, "Consummation" features a lovely Western tinge, while "Smile Your Blues Away" dances into a banjo-led, knees-up hoedown. But musically, the album's sole cover, Joni Mitchell's "Urge for Going," is the most astonishing, an epic seven-minute track that slides from folk into psychedelia and out into prog.

There are also more lavish numbers, lush with strings and classical piano. The entire set is carefully crafted, deftly arranged, and beautifully played, while Hamill shines throughout. The only complaint one can make is that she tries too much. Intent on perfectly hitting every note, concentrating on her emotive vibrato, working hard on her enunciation, Hamill never relaxes a muscle, giving the entire set a rather brittle and forced feel. The difference is crystal clear when you hear her electric performance on the reissue's other bonus track, "Meet Me on the Corner," where she let down her hair with Stealers Wheel. Now if only she could have brought that sense of excitement to the actual album. Notwithstanding, this is a phenomenal set beautifully showcasing one of Britain's most astonishing talents.
by Jo-Ann Greene 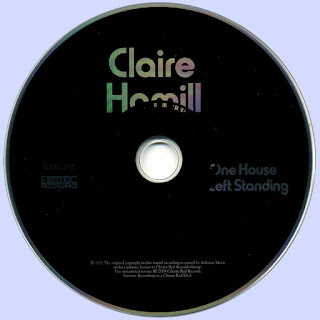