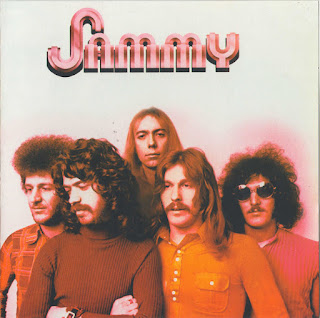 It's doubtful many folks have ever heard the British band Sammy - I certainly hadn't which was kind of surprising given the band's impressive pedigree.   Drummer Mick Underwood was apparently the band's driving force, with the line up rounded out by a collection of rock veterans including ex-Audience horn and woodwinds player Keith Gemmell, ex-Billy J. Kramer keyboardist Mick Hodgekinson, former Ginhouse guitarist Geoff Sharkey, and ex-Roy Young Band bassist Paul Simmons.

Signed by Philips, the band debuted with a 1972 45 'Goo Ger Woogie' b/w 'Big Lovin' Woman' (Philips catalog number 6006 227).  While the single did little commercially, it attracted enough interest and attention for Philips management to green light an album.

Co-produced by Louie Austin and Deep Purple's Ian Gillan (not Jon Lord) and the front cover artwork was done by Philip Castle who was the man who did the artwork for the film Clockwork Orange. 1973's "Sammy" offered up a competent, if slightly worn set of mid-1970s hard rock.

Largely penned by Sharkey and Simmons, lyrically and musically there wasn't a lot of originality going on here (kind of like the album cover) - Gemmell's sax adding occasional jazz-influenced runs to the band's blues and rock oriented sound.  As lead singer Sharkey wasn't bad; his raw raspy voice sounded surprisingly good on tracks like 'Give Me More', their unlikely cover of 'I Ain't Never Loved a Woman (The Way That I Love You)', and 'Get Into a New Thing'.  Imagine Uriah Heep-lite with the saxes, a little more boogie and variety ('Who Do You Really Love') and you'll be in the right aural neighborhood.

The band was actually far more impressive on their isolated stabs at more-pop oriented material like 'Sioux-Eyed Lady' and 'Jo Anne'.  Elsewhere the album spun off a UK single in the form of 'Sioux-Eyed Lady' b/w '70 Days' (Philips catalog number 6006 249).  Brainless fun, it's actually not a bad effort, especially if you approach it with the right mindset.
Bad-cat 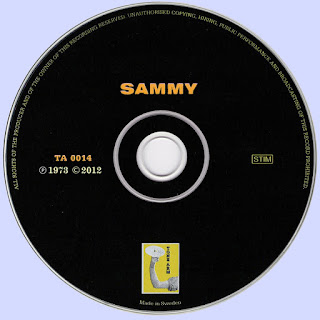 Free Text
the Free Text
Posted by Marios at 5:59 AM 3 comments: