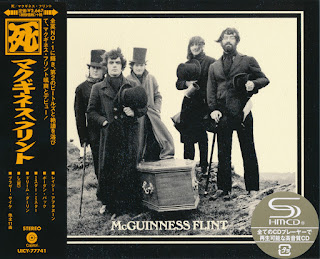 Here’s another roots rock classic in the same vein as The Band, only this slice of ‘Americana’ is from the UK! McGuinness Flint is sort of ‘The British Band’ and their debut album is a good, straightforward roots rock record worthy of your attention.

McGuinness Flint are Steve McGuinness, former Manfred Mann guitarist, and Hughie Flint, former John Mayall & the Bluesbreakers drummer. They only lasted from about 1970-1973 and thus were a bit ahead of the emerging Pub Rock scene in the UK, which might have provided them some more longevity, but it was well received in 1971. Two of these songs made the top 5 upon release in the UK: the upbeat go-to track, When I’m Dead And Gone(#2), and the polka-ish Malt And Barley Blues(#5). There are fun and strong tunes here like Bodang Buck, and Lazy Afternoon has a great mid-song transition. Mister Mister is brilliantly penned and infinitely catchy. Mainly, a good English folk/blues classic, and a pleasurable listen.

Faintly, the album teases some classic rock schmaltz; I don’t know how comfortable I’d be singing along to the lyrics “Rock on, rock on, everybody’s gonna rock on!” (unless it were a T-Rex song or something). And one time I dj’ed a track from this at a party and had to cut it short. But you can’t let missteps like these be judge. Fans of the Band are sure to be pleased with this quality record and will find the right time and place to let it ride.
by Brendan McGrath 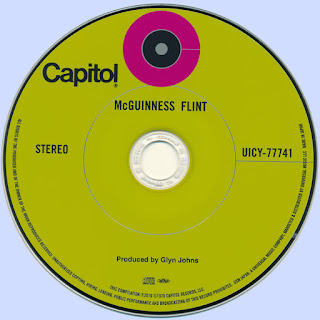