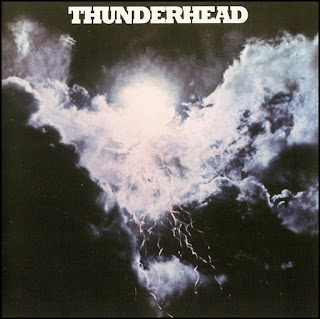 In the early seventies O.T. Ware, Ronnie Dobbs and I  were the core members of a popular New Orleans cover band “Paper Steamboat.” At that time, Bobby "T" Torello was the drummer for  David and the Giants, a Laurel, Mississippi cover band, played many of the same venues and "T" began jamming with "Steamboat." The desire to form a powerful original band is what drove the three Steamboat members to ask Bobby "T" to be part of the new project. We all agreed and set out to find a second guitarist and after trying Billy Gregory of “It’s A Beautiful Day” and two other local New Orleans musicians, Pat Rush was asked to join the band and Thunderhead was formed in late 1973. We rehearsed for 2 weeks, took a week vacation and then opened up at “The Flying Dutchman “in Charleston, S.C.

We were signed by Paragon Agency out of Macon Georgia (The Allman Brothers agency) and began touring small venues. Johnny Winter, who from time to time jammed with the Steamboat and then the new Thunderhead Band, asked us to join his tour.  We opened for Johnny at several venues around the South. We then embarked on a tour that took us to Louisville, Kentucky, Knoxville, Tenn., Ashville, North Carolina, Atlanta, Ga., and Lansing, Michigan where we opened for ZZ Top.

Interesting side story: When we took the stage in Louisville at a club called “The Beggars Banquet”  we were arrested for grand larceny and put in jail. It seems our manager at the time paid a judge to swear out fugitive warrants on us for “Stealing” our own P.A. We were released the next morning when we presented the lease agreement we had for the equipment to the judge. A few Days later on April 14, 1974 we opened for "Kiss" a relatively unknown band at the time.

After the concert with ZZ Top, Thunderhead received a call from our friend Greggo Howard who was working with Johnny Winter and suggested we record our first album and that Johnny would produce it. We immediately went back to Bogalusa where “The Studio In the Country” was just finishing up an album with “Kansas”, and we began recording several tunes with Johnny producing and playing on several cuts and Edgar singing back up vocals and playing piano. Bill “Bleu” Evans studio owner and builder did the engineering. The album was shopped around and well received, but ABC was the only major label that made an offer. But, it was a very disappointing offer for the band, because they wanted us to record the entire album with a different producer. (John Haeny)

Back in those days there were no options, as there are today,( to release the album independently) so we took the deal despite our disagreement about the album we had done with Johnny. We recorded the album and were sent out on the road and never asked to be there for the final mix. We also never saw the cover or liner notes. I found out the album was released by phone. A local record store owner, who was a fan, called me and told me it was out. I think I had to buy the first one. I remember doing one major showcase after that to push the album. It was in Atlanta at “Alex Cooley’s Electric Ballroom” and that was it. We did our usual gigs waiting for a tour that never came about. At one point I was told that there was a chance of touring with “Fleetwood Mac” but they did not want us on the tour, because we were “too High Energy” and would wear out the crowd.

We hung around New Orleans and played as opening act for many of the big bands at “The Warehouse” and all the major concert venues. Joe Cocker, Lynyrd Skynyrd, Elvin Bishop, Dr. John, Edgar Winter, Peter Frampton and many more, but no tour. It seems that the support for the tour was dropped because the President of ABC killed himself and the new regime had an eye towards “Disco” and did not want to spend the money to promote the album. We set out to New York, where we were duped into believing that we would get some help from Teddy Slatus and maybe a tour. It never happened. Now we had no management, a record sitting on the shelves and no tour. Disco came along about then and we literally died on the vine. Broke up in October 1976.
by Mike Dagger 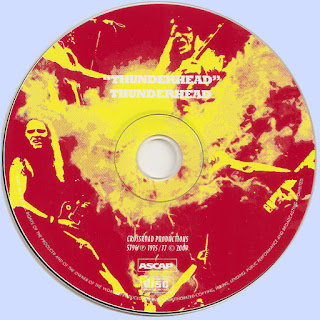 Free Text
Text Host
Posted by Marios at 9:14 AM 2 comments: