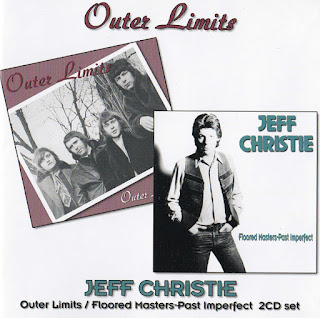 Best known as the frontman for early-'70s hitmakers Christie, singer/songwriter/multi-instrumentalist Jeff Christie's career long predated that band. In fact, his earlier group, Outer Limits, should have been just as big, if not bigger than Christie themselves. Formed in the dying days of 1963, the band released three singles, gigged incessantly, and took part in the legendary package tour featuring Jimi Hendrix Experience, Pink Floyd, and Amen Corner. Yet they never managed to land a hit or record an album.

However the Outer Limits did leave behind a slew of demos before folding in 1968, 22 of which features on the first disc of this two-CD set. An incredible songwriter, Christie penned all the band's numbers, and his strong ear for a pop melody and a way with a catchy chorus is self-evident. Recorded between 1966-1968, the songs are stylistically diverse, encompassing R&B, British Invasion pop, and psychedelia. It's a soundtrack of the age, and while certainly influenced by the stars of the day -- notably but not unsurprisingly the Beatles -- still Outer Limits were no mere copyists, having a sound very much their own. "When the Work Is Through" is one of a slew of standouts, in this case a single that has number one written all over it, although it failed to break into the Top 50.

The rambunctious "Help Me Please" could have been a contender, while "Great Train Robbery" should have shot up the chart along with the acid washed "The Dream." The tough "Anyday Now," the harmony drenched "Funny Clown," the bouncy "Look at Me," the California dreaming of "Dancing Water," and the pumping "Run for Cover" are just some of the other highlights found on this stunning disc. Christie now beckoned, and upon its demise, the singer/songwriter launched a solo career, although his projected debut foundered in the mid-'70s, and a second go begun later in the decade also ended up being shelved. It was these aborted efforts that comprise most of the second disc, with another half-a-dozen tracks culled from later in his career. The enclosed booklet provides all the background, taken from discussions with the artist himself.

Finding himself out of musical fashion, Christie continued doing what he did best, writing strong songs and pushing his own stylistic envelope. "Midnight Express" is a case in point, pomp rock on amphetamines driving straight into the discos. '60s pop infuses "Both Ends of the Rainbow," a surprising punk edge cuts through "Tightrope," jazz, classical, and pop harry "Saints and Sinners," a tinge of funk flutters across "Back on the Boards," and new wave sweeps over "Somebody Else." And while the later numbers are not so adventurous, Christie has yet to lose his touch. All told this is a sumptuous set, and a superb tribute to one of Britain's finest composers.
by Jo-Ann Greene 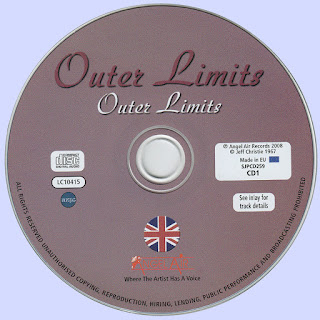 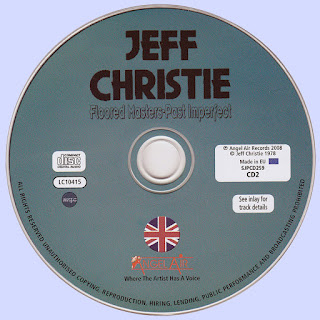 Free Text
the Free Text
Posted by Marios at 7:12 AM 4 comments: