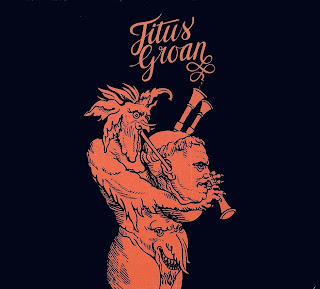 Taking their band and album name from the titular character in the first book of Mervyn Peake’s Gormenghast series, Titus Groan’s eponymous 1971 album is a heavy, kingsize slab of progressive rock. The sort that rattles window frames and loosens fillings.

Even the Greek Titan Atlas would’ve struggled to support the weight of a song as extraordinarily dense as ‘Hall of Bright Carvings’, and he was known for carrying the substantial burden of the heavens upon his shoulders.

One can almost envisage the heads-down hairiness of the band as they attack their instruments throughout the passage of Titus Groan. Thankfully, this unprovoked assault on their musical apparatus – and the listener’s eardrums – doesn’t register as some unholy and unlistenable mess that’s dribbled down the inside leg of Satan’s own purple loon pants.

Titus Groan, the band’s one and only album, sees the four members getting to grips with a variety of instrumentation, including the usual guitars etc. the ubiquitous organ and piano, and in the case of Tony Priestland, sax, oboe and the progger’s weapon of choice, the common or garden flute.

The combination of sax and oboe incorporates a jazzier influence that breezes across the sometimes impenetrable undercurrent of the guitars and drums, particularly on the opener ‘It Wasn’t For You’. ‘Hall of Bright Carvings’ remains as excellent as ever, with its 12 minute barrage of tuneful noise and occasional medieval flavour, and is easily Titus Groan’s finest moment.

The aforementioned flute comes to the forefront on ‘I Can’t Change’, rendering a more introspective track upon which the intricate melodies weave in and out of the heavy rock grumbling away in the background.

Overall, Titus Groan’s first and last album is progressive rock from the heavier end of the spectrum, free from the overly self-indulgent trappings that bogged down, and ultimately sank, many of their peers.
by Nick James 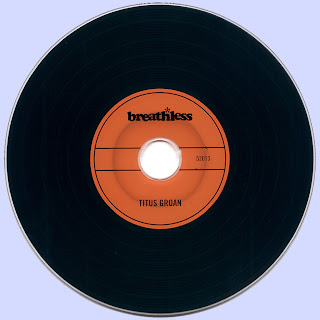