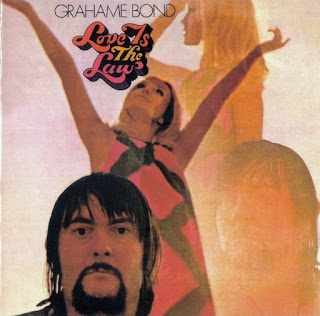 Love Is the Law is the first of the two LPs Graham Bond recorded for the Pulsar label in the late '60s after his move to the United States, and is the better of the pair by a wide margin. That doesn't mean, it should be cautioned, that it's that great, and it's considerably below the standard of the discs he cut in the U.K. in the mid-'60s as the leader of the Graham Bond Organisation. That might not only be because he was missing musicians of the extremely high caliber of his supporting players in the Organisation; it might also be due to him having played everything himself on the LP, with the exception of drums (by Hal Blaine) and some soulful female backup vocals. Yet there's still substantial pleasure -- if that's the right word to use for a musician with such a demonic vocal, instrumental, and compositional flavor -- to be had from Bond's consistently spooky blues-rock organ and Mellotron.

If his vocals are a bit croaky, and his lyrics (where odes to free love dovetail with dread and the occult) a bit creepy, that's part of the reason the music stands out even from the eclectic palette of late-'60s rock; there's nothing else quite like it, even if it might not be his best work. The title track and "The World Will Soon Be Free" are certainly among the absolute highlights of his post-Organisation discography, and if the remake of "Our Love Will Come Shining Through" isn't up to the level of the great obscure mid-'60s U.K. 45 on which he first issued the song, it's still pretty good. If some of the lyrics seem a bit awkward and confused in their confluence of naïve romanticism and ominous foreboding, they're made up for by some quite groovy blues-jazz organ riffs. Overall, it sounds like the songwriting could have done with some polish and the arrangements with some fleshing out, but Bond fans will still find it worthwhile to seek out this rare LP.
by Richie Unterberger 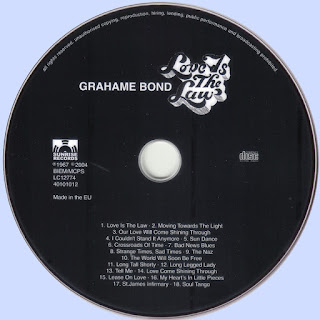 Free Text
Text Host
Posted by Marios at 6:29 AM 4 comments: