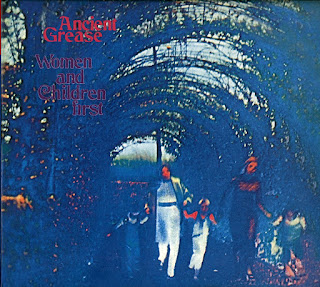 Ancient Grease is a clever moniker for a band, although Strawberry Dust were rather baffled to find themselves so named on their 1970 debut album, Women and Children First. Dust's reputation as a rousing live act was already cemented by several years of plying cover songs around the South Wales club circuit, which is where drummer John Weathers came across them. Impressed, he oversaw their demo, which landed Dust a deal at Mercury, then co-wrote, arranged, and co-produced their full-length. And thus begins the Racing Cars story, for Dust/Grease featured both the band's future frontman, Gareth "Morty" Mortimer, and guitarist, Graham Williams.

However, this album is very much a child of its time, only hinting at what's to come. It's a heady mixture of pub rock, hard-rocking R&B, blues, psychedelia, and San Francisco prog rock, with nods to the British hard rock scene along the way, Dust/Grease hit just about every musical touchstone of their day. Incidentally, Weathers' Eyes of Blue bandmate, Phil Ryan, provides the fabulous keyboard work on the gorgeous "Where the Snow Lies Forever," the genre-bending "Odd Song," and presumably the rest of the album, although no keyboardist is actually credited.

The album's title track captures the excitement they engendered on-stage, "Freedom Train" their propensity to roam around genres, "Mother Grease the Cat" their proggy best, "Prelude to a Blind Man" their pubby predilections and bluesy flair, "Time to Die" their emotive power, and "Mystic Mountain" their pop sensibilities. Dust/Grease were ferociously talented musicians, but they were still a covers band struggling to find their own sound. They never got the chance. Mercury failed to publicize Women, and it sank without a trace. The band followed it into oblivion, as the members swiftly departed for new projects. Morty and Williams, of course, reunited later in the decade, and the rest is history.
by Jo-Ann Greene 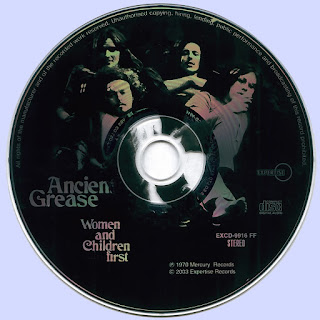