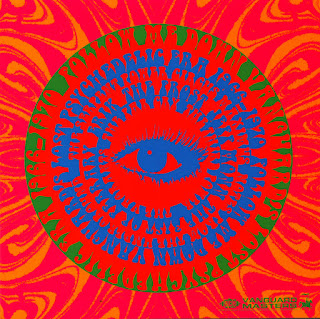 Founded in the late 1950s, Vanguard Records quickly established itself as a stalwart folk and blues label, issuing Joan Baez, Odetta, the Weavers, Charlie Musselwhite, Buddy Guy and the Newport Folk Festival recordings. Many of these successes were unconventional, showcasing a daring A&R vision held by Sam Charters and Maynard Solomon, amongst others. Yet, alongside the label’s hits, these early visionaries signed, produced and released other challenging and genre-pushing records that came and went without a whimper or a prayer.

Charters and Vanguard scouted the cutting edge (and at times the cutting-cutting-edge) of music from the greatest counter-cultural scenes of 1960s America. From the East Village of New York to the Jabberwocky crazed-folk of Berkeley and the auto-factory clang and chop of Detroit, Vanguard schizophrenically strove to present to its audience new sounds and new grooves. And while the wild experimentation of John Fahey’s “Requia” and the crazed jams of Country Joe are still beloved by audiences and readily available, those records present only a small part of the story.

This compilation marks the first time the Vanguard label has gone through its archives to hand-select tracks from their best “lost” records and 45s. Many of the bands featured here only released one record, or a smattering of singles, before drifting into obscurity, although many of the artists went on to greater fame after their stint at Vanguard was done. And while they are stylistically varied, there lies a common thread of musical proficiency and integrity that represents the trademark of quality Vanguard strived to uphold…no matter how bombastic, fuzz-soaked or outer-worldly the music may have seemed.

Ultimately, this record isn’t about digging for “Nuggets” or “Pebbles”, but rather about mining gems from the Vanguard vaults. I invite you to “Follow Me Down” and discover the treasures that have emerged from the excavation. I assure you that you won’t be disappointed.
by Isaac Slusarenko 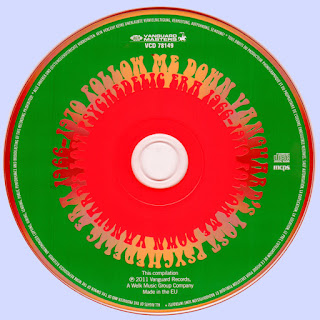 Free Text
Text Host
Posted by Marios at 10:28 AM 3 comments: