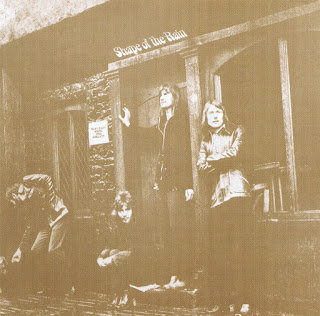 Born and raised in Sheffield (as the debut album liner notes pointed out, Sheffield was also Joe Cocker's stomping grounds), brothers Keith (vocals/guitar) and Len (bass) Riley, cousin/guitarist Brian Wood and friend/drummer Tag Waggett were Shape of the Rain.  Keith and Brian started out as an Everly Brothers inspired duo, eventually adding Len to the line-up and switching their musical interests.  Originally known as The Gear followed by a stint as The Reaction, they eventually added Waggett to the line-up,. Years of dances, club, and university performances helped the quartet generate a regional audience.  Finding a supporter in the form of David McPhie, who'd served as Joe Cocker's initial manager, they started opening for then rising bands like Fleetwood Mac, Free, Led Zeppelin, and Pink Floyd, eventually attracting the attention of several English labels, before signing with RCA's short-lived Neon subsidiary.

The business partnership proved short - one obscure album, but what a set !  A true undiscovered treasure. Co-produced by Tony Hall and Eric Hine (who also played keyboards on the set), 1971's cleverly-titled "Riley, Riley, Wood and Waggett" showcased a wonderful collection of English-flavored folk-rock.  I'm not talking about conventional Fairport Convention, or Steeleye Span styled moves, rather their sound was seemingly influenced by American folk-rock bands like The Byrds and The Buffalo Springfield.  How many UK bands do you know that embraced 12 string guitars and pedal steel with as much enthusiasm as these guys ?   While it wasn't the year's most original offering, group-penned material such as 'Woman', 'Wasting My Time' and the psych-influenced 'Willowed Trees' boasted an impeccable mix of strong melodies, great harmonies and some stunning guitar. Elsewhere, 'Patterns', 'Dusty Road' and 'I'll Be There' found the quartet aptly displaying that they were just as good in a folk-rock vein.
Bad-Cat 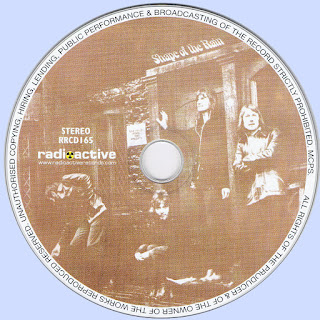