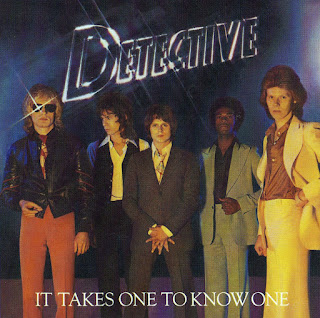 Detective wasn't without its detractors who dismissed the short-lived band as a poor man's Led Zeppelin. But Detective had more to offer than that. To be sure, Detective was heavily influenced by Zeppelin, but it wasn't a knee-jerk Zeppelin clone -- and its bluesy brand of hard rock also owed a lot to Bad Company and Free and Pretty Things. Released in 1977, It Takes One to Know One was the second of Detective's two studio albums.
When Detective hits its mark -- and it often does -- the listener is happy to have this record in his/her collection. The album's best songs (which include "Dynamite," "Competition," and "Tear Jerker") pack an invigorating hard rock punch. Equally memorable is "Are You Talkin' to Me?," which was obviously inspired by Robert De Niro's famous line in the film Taxi Driver. That Martin Scorsese masterpiece came out in 1976, and Detective's 1977 song is an example of how De Niro's line quickly became a part of popular culture. Imperfections and all, It Takes One to Know One is worth having in your collection if you have a taste for bluesy, riff-oriented hard rock.
by Alex Henderson 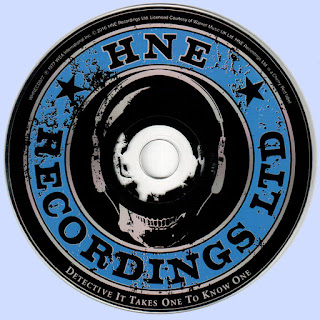