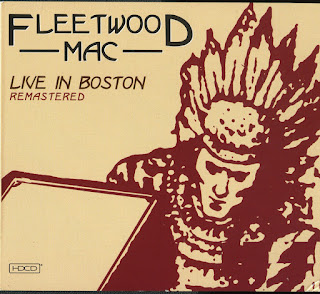 Recorded during a legendary extended weekend stand in 1970, these live recordings from the three-guitar lineup of Fleetwood Mac have existed in various shoddy, uneven, and sometimes sloppy configurations, but were finally sorted out and released as a triple-disc box (also available individually) in 1999. First-generation source tapes were utilized, approximately an hour's worth of previously unreleased tracks as well as between-song patter is interspersed among the discs, and the running order is restored to match that of the original performance. Live at the Boston Tea Part, Vol. 1, taken from the first set, is a Peter Green bonanza.

Kicking off with a sharp "Black Magic Woman," then weaving his liquid guitar lines into an achingly slow cover of Duster Bennett's "Jumping at Shadows," and finally breaking into a formerly unavailable 25-minute version of "Rattlesnake Shake," the disc's centerpiece, Green sings and plays with restrained authority. The extended jam on "Shake" proves that Green was a master improviser, referencing his blues roots even when flying off on spontaneous tangents no less riveting than those of the Allman Brothers or the Grateful Dead. Jeremy Spencer takes the lead on two rollicking Elmore James covers, "I Can't Hold Out" and "Got to Move," the latter seeing the light of day after being hidden in the vaults for 29 years. The set closes with Green's proto-metal "The Green Manalishi" in a riotous 13-minute version that leaves the original four-minute single looking limp. This is the tightest, and most varied of the three albums, and is recommended for newcomers not interested in the entire set.

Live at the Boston Tea Party, Vol. 2 starts strong with a floating "World in Harmony," the only Peter Green/Danny Kirwin co-written track in the Mac catalog, and one that, interestingly, never appeared on a studio album. An abbreviated but aggressive "Oh Well" (the rocking opening only) segues into a half-hour "Rattlesnake Shake" that's more raucous, driving, and intense than the lower key, and slightly stiffer version on Vol. 1. The Kirwin/Green interplay here is stunning as they push each other past previous limits, driven by the forceful rhythm section of John McVie and Mick Fleetwood. Jeremy Spencer runs through terse versions of "Stranger Blues" and "Red Hot Mama," two hot and jittery Elmore James covers. But the show becomes slipshod with his '50s doo wop tribute "Teenage Darling," complete with faux-Elvis singing that is pandering and irritating.

The band jogs through a few revved-up, enthusiastic, but hardly essential Little Richard covers, redeemed by Fleetwood's driving drums and Green's wiry leads weaving through ten minutes of "Jenny Jenny." It may have been a blast at the time, but the tracks don't translate well without the visual impact of the three guitarists flailing away. The set ends with a heretofore unheard 12-minute jam simply entitled "Encore," where Joe Walsh of opening band the James Gang, adds a fourth guitar. Intermittently interesting, the quadruple guitars trading leads and riffs make for some predictably cluttered and unfocused music. Followers of the band during these early years might find this of passing curiosity, but for most people, you had to be there. Still, with Green playing at the peak of his powers, at least half of this disc is essential, especially to fans, and the numerous high points more than make up for the parts that drag.

Part Three is a goldmine for fans of this Mac lineup, as it features a whopping six tracks-over 35 minutes-worth of newly found material. Most importantly, almost all of this music is of exceptional quality. Unfortunately the album's centerpiece, an intense, eleven minute, slow blues cover of B.B. King's "If You Let Me Love You," is marred by Peter Green's dead microphone, giving his vocals a hollow quality. But his guitar attacks with startling clarity, as he alternately pushes and lays back with style and moderation. Green deftly massages his solo, and the band gives him plenty of room to navigate, making this one of the most impassioned performances on all three discs.

An instrumental version of Danny Kirwin's "Coming Your Way" is another recent addition, and throughout its seven minutes, the dueling guitars of Kirwin and Green spar with Mick Fleetwood's tribal drums creating a rhythmic whirlwind that frustratingly fades away before it's over. Jeremy Spencer whips out four Elmore James covers with a lately discovered version of "The Sun is Shining" a highlight, as his buzz-saw slide slices through the tune. A few Little Richard oldies crop up, and a frayed but propulsive version of "Tutti Frutti" where the band relaxes and rocks with class and restraint, shows how innovative they could be even working with the most basic three chord material. A remarkably subtle, weekend closing, eight minute "On We Jam" is the final unearthed cut, and proves that even with three talented guitarists sharing leads, the improvisational skills of this band were second to none. Not the most cohesive album of the trio, Part Three is still indispensable to fans, and a reliable overview of the strengths and diverse approaches of this short-lived but renowned version of Fleetwood Mac.
by Hal Horowitz 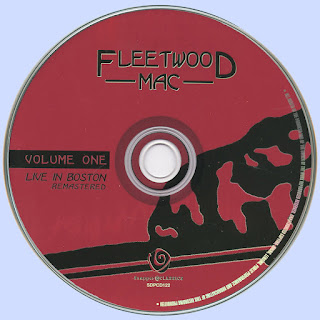 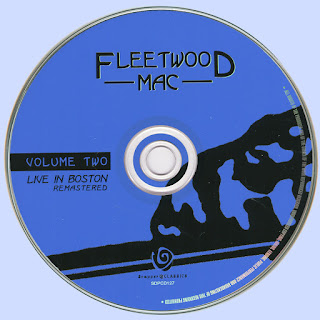 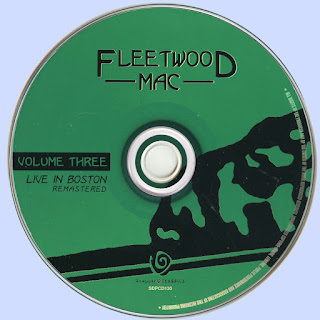