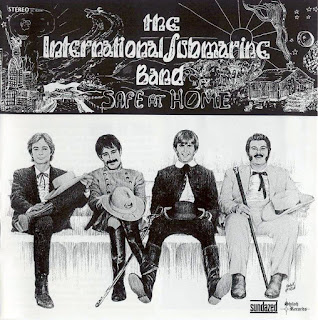 This was Gram Parsons’ debut album, the eternally underrated Safe At Home.  Prior to this he had recorded solo demos, music with an early folk band the Shilohs and a few singles with the International Submarine Band – all worthwhile stuff.  Parsons formed this group after he had dropped out of Harvard and moved to New York City.  While he was no stranger to the recording studio, critics and music fans unfairly label Safe At Home as a tentative early album that showed signs of greatness. While it was nowhere near as influential as Gilded Palace of Sin, Sweetheart of the Rodeo, or Parsons’ two solo discs, time has shown Safe At Home to be much more than an early throw away.

The remaining members consisted of rhythm guitarist Bob Buchanan, bass player Ian Dunlop and drummer Jon Corneal.  The album is disappointingly short at 9 songs but all the performances are memorable and Gram’s talent as a bandleader is clearly on display.  Even so early on in his career Parsons’ vocal and songwriting abilities were obvious and on the money.  The rest of the group is tight and engaging, reminding me of a garage band playing country music – reckless playing and soulful harmonies.  There are four originals: an early version of Do You Know How It Feels To Be Lonesome which is sparse but very effective, Luxury Liner, Strong Boy, and Blue Eyes.  The latter three tracks are country rock classics, kind of like early benchmarks for the genre.  Luxury Liner charges hard like a freight train and is probably the most popular track off the original lp.  Without a doubt the album’s most rock oriented number, this track is essential listening.  Just as good is Blue Eyes and Strong Boy which are closer to pure country and show off great Parsons vocal performances.  Strong Boy is one of the true country rock classics, an absolute must hear.

The remaining tracks are wisely chosen covers, all great renditions too.  Satisfied Mind is notable for its powerful drum work, Folsom Prison Blues has great stinging guitar leads and I Must Be Somebody Else You’ve Known sports a gorgeous, catchy chorus that’s worth the price of admission.  The original lp was released off Lee Hazlewood’s LHI Records in 1968.  At the time it was praised widely by the likes of Glen Campbell and Don Everly though sales were pretty poor.  There is really much more to this story that I’m leaving out but my main objective was to comment on the strength of the songs and general quality of performance.

Parsons left the group before the lp’s release and remained inactive for a few months before joining the Byrds.  Many of you know this record, so in a sense it’s not really a lost album like The Wheel (Bernie Schwartz) or Morning.  But taken as a whole, Safe At Home is a fresh, groundbreaking record, that at least in my mind is a classic.  The best cd version is on Sundazed, orignal artwork and all.
by Jason Nardelli 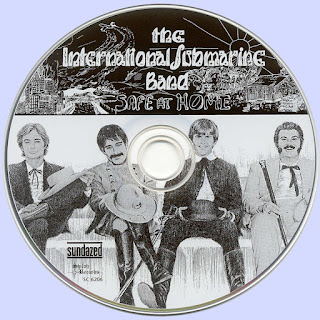 Free Text
the Free Text
Posted by Marios at 5:53 AM 1 comment: