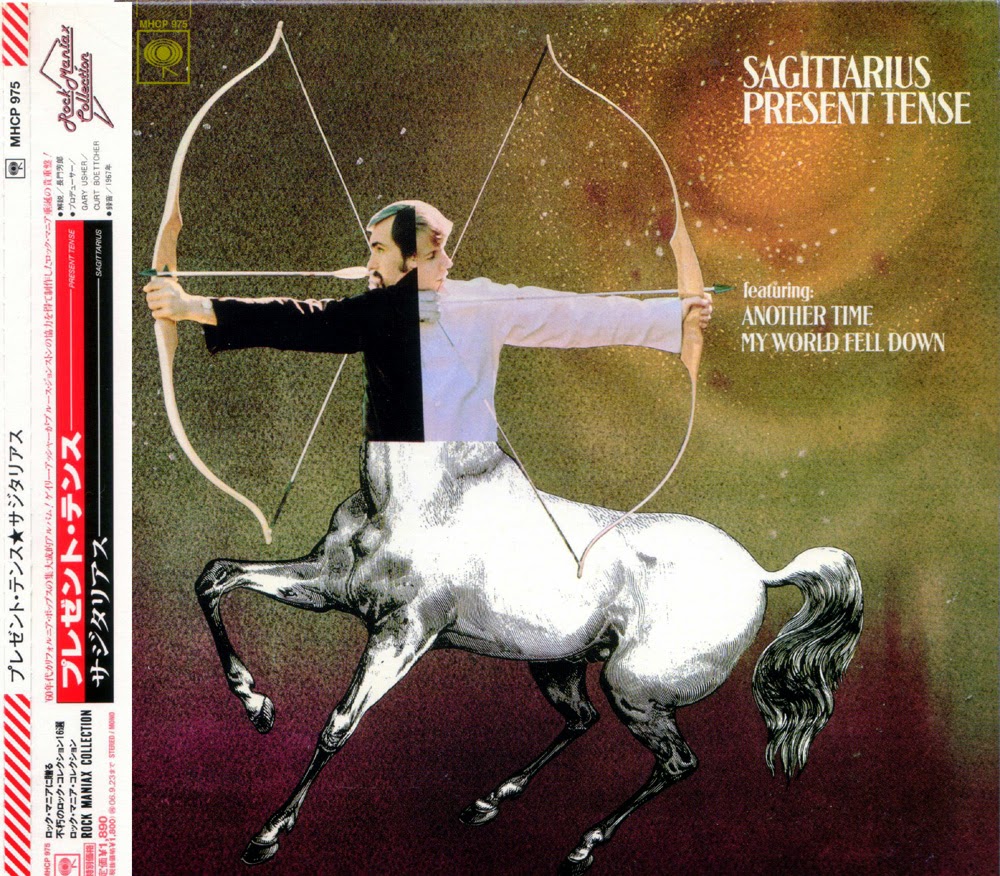 Sagittarius is the project (and zodiac sign) of one Gary Usher, collaborator and friend to Brian Wilson and producer of Notorious Byrds, and the ambitious Curt Boettcher, another Beach Boys coconspirator and genius behind the legendary Begin album by The Millennium.

Basically, they are companion albums, released in the same month in 1968, where most recommend starting with Begin and expanding into Present Tense. Some will find this album a bit twee for their tastes, and it is very hard to take seriously on first listen. But a little effort in putting it on, and it won’t take long before the album reveals itself to you. I find Present Tense to be almost a little better put-together than Begin. Realize though, that you’re not going to win points pumping this album full blast; maybe this is an album for headphones on the train, or a light rainy day.

Usually, I would balk at posting a track called “Song To The Magic Frog;” I have to though as it well represents the album. The instruments are eq’d with fairy dust it seems, and nice orchestral touches. “Will you ever, will you ever know” sounds to me like a classic Curt Boettcher melody, and though this is a Gary Usher project, Curt’s prevailing influence is unmistakable. The vocals soar on “Another Time” and it’s near the top, but I promise you that it is worth growing with Present Tense and all of its loveliness.

It’s only a matter of time before some director includes some of this Curt Boettcher madness in a popular film and all this soft California sike blows up. Included here from the bonus selections is the single version of My World Fell Down, with the preserved musique concrete bridge that Clive Davis urged removed from the album version.
by Brendan McGrath 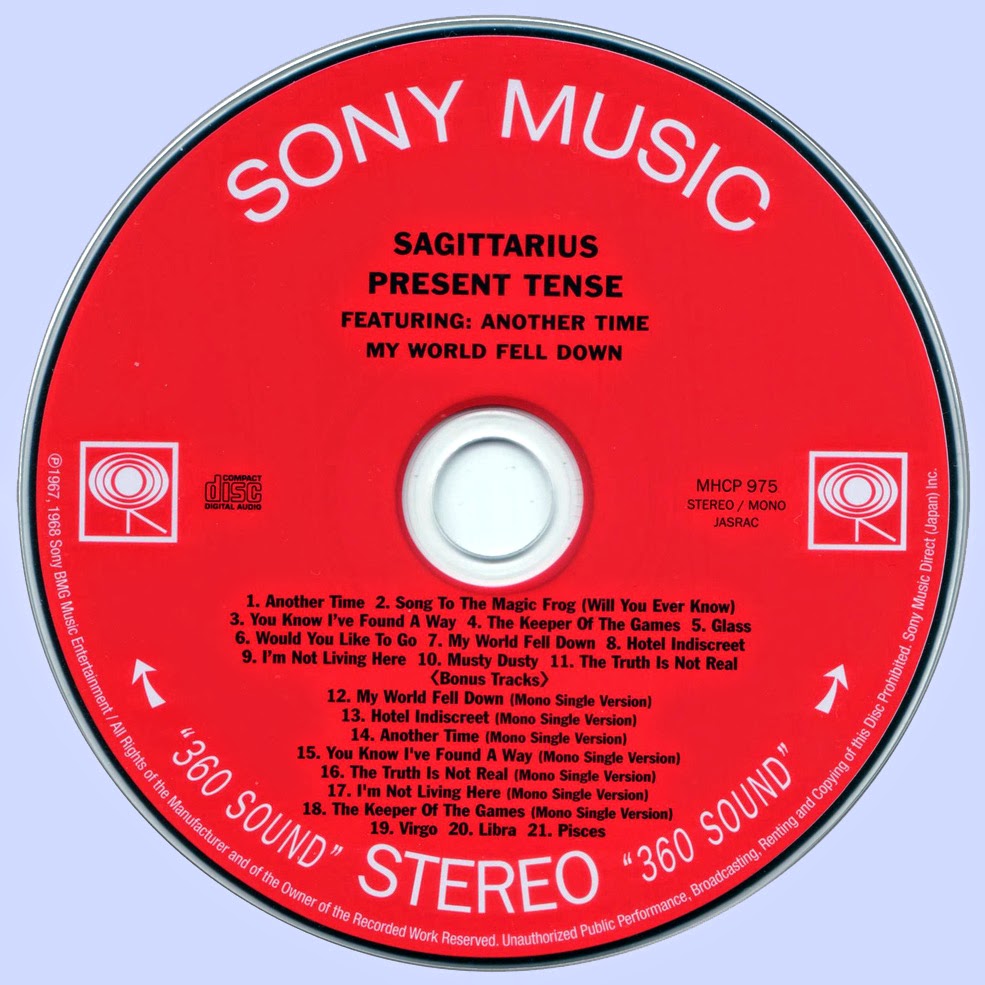