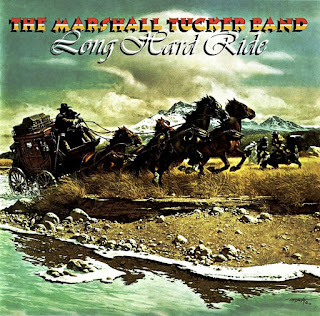 The Marshall Tucker Band had a wider palette of musical influences than any other Southern rockers. The eternally high-spirited Wet Willie (of "Keep On Smilin'" fame) mixed r&b, gospel and pop into their rock and roll stew. Even the granddaddies of the genre, The Allman Brothers Band, forged their style from the three distinct, albeit open-ended, sources: English hard rock ala The Jeff Beck Group, blues from Muddy Waters et, al, and the pure openness of free-jazz ordained by John Coltrane.
MTB, however, had a sure grip on rock, blues, gospel, bluegrass and mainstream jazz(including swing and big band). As demonstrated on their very first album the group was able to write credible material in each of those genres (or mix it up convincingly)as well as play as if each was their forte. The versatility becomes even more evident on their comparatively understated follow-up A New Life and there the band's studio artistry takes full flower with the exhilarating likes of "Another Cruel Love." The remastering of the Marshall Tucker catalog, the release of a hot time left in the vaults as well as a new studio effort form the current lineup provides additional insight into the workings of the group.
Persevering through multiple tragedies like their Dixie rock brethren ABB and Skynyrd titular leader Toy Caldwell died of heart problems in early 1993. On Long Hard Ride, The Marshall Tucker Band's country influences come to the fore, resulting in a strong record that failed to gain many hits. Still, the final product is well worth listening to -- it's one of their better releases. Be sure to listen for Charlie Daniels' guest appearance. 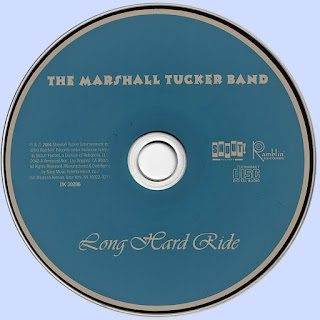