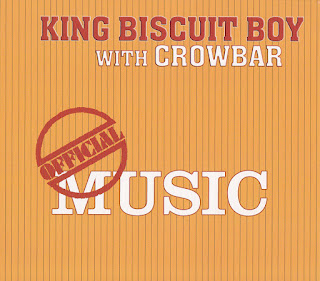 Hamilton, Ontario is a steel town. I guess you could compare it to Pittsburgh, although I've never been to Pittsburgh -- but the skyline is marked by foundries, their chimneys belching black smoke and the odd flame. A rust colored haze hangs in the sky, stratifying the horizon -- earth, air (somewhat breathable), smog and heaven. The Hamilton mountain provides the backdrop. Really it is an escarpment, but we call it the mountain, because we need to. It provides a layer of oxygen-producing trees needed in the overall picture. This is the kind of place that a hardy breed calls home. It is the perfect place for the blues. Blue collar blues, we know what that means. The city is a little bluer today--our own King of the Blues died last week. Not BB, or Albert, or Freddie--but a local boy. Richard Newell's blues ran as deep as his soul--his body finally couldn't take any more abuse, and gave up the ghost. King Biscuit Boy is gone. But his music will never die!

I've been listening to a lot of Biscuit over the past few days. The first album I turned to was Badly Bent, his Best of collection which contains a perfect selection from his first three albums; but really you should listen to the original albums in their entirety to fully appreciate Newell's gifts. So when Stony Plain sent me the original albums on CD I quickly put on Official Music, the album he made with Crowbar in 1972. Crowbar had been the rag-tag bunch of musicians Ronnie Hawkins hired to replace his last band, the one that backed up Bob Dylan, and moved to the Big Pink house in Woodstock. These guys were raw, tough and raunchy, they could really play. Newell adopted the King Biscuit Boy name-tag because he could play the harp to sound like Sonny Boy Williamson. He could blow that harp like anything. He made those reeds quiver. He made 'em sound like a saxophone, an orchestra, it was amazing. The music this raw band -- and the young blues shouter made, was "official" all right!

The album begins with a screamer, "Highway 61." Twin guitars of Rheal Lanthier and John "the Ghetto" Gibbard and then Biscuit's high voice, a blend of Robert Johnson howl and Muddy Waters growl. This one rocks. There is no let up, though, as the second track; "Don't Go No Further," steams ahead, slower but still potent. Kelly Jay Fordham, Doug Riley and Rick Bell provide keyboards and the amazing Larry Atamanuik keeps the solid beat! Jazz musicians Moe Kauffman, Steve Riley and Greg Mudry form a powerful horn section. This is good stuff. "Key to the Highway," "Corinna," "Hoy Hoy Hoy," "Shout Bama Lama," the covers are brilliantly chosen and well done. Newell also writes a couple...the long and humorous "Biscuit's Boogie," "Badly Bent," and "Cookin' Little Baby" show his understanding of the blues form. If this was his only album it would be a classic, but he would soon leave Crowbar and produce one of the greatest blues albums ever made.

I was lucky enough to catch King Biscuit Boy and Crowbar in a bar one night. One of those places where the girls dance with the girls, and the guys order a pitcher of beer and sit there with their buddies listening to the band. They rocked the joint out. The walls were sweating! They had played together behind Hawkins, and they knew each other intimately, they played as one--Biscuit just came out to do a featured spot and then went back to the bar.

Crowbar wanted to move away from the strict blues--they were a good time rock'n'roll band. They lived in a big house on the escarpment, and prepared their first album which they named after the house, Bad Manors. It's another classic. Richard Newell went into the studio using the Crowbar musicians individually, hand-picked for their talents, hand-matched to the songs he'd selected and created the masterpiece that is Gooduns. Gooduns came packaged in a cloth bag, a flour sack, just like King Biscuit Flour from whence he derived his name. I still have that original release, I treasure it. I played that record to death, it rocked so hard I could hardly believe it was made by a Canadian. We were used to the folksongs of Gord Lightfoot, the MOR top 40 sound of the Poppy Family, but this blues this was something else. At the time, I worked in a local department store, and one Saturday I saw Richard Newell browsing in the store. I went on my break and followed him around in awe. Wow, that's KING BISCUIT BOY!
by David Kidney 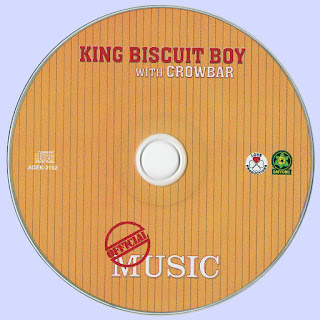