Little John - Up And Down (1970 us, fascinating jazz brass rock) 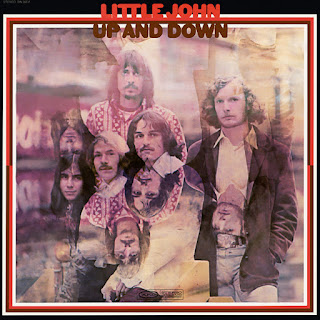 Little John formed in the late 60's, in Oakland, California. Members were John Hart, Mike Pia, Sal Saccardo, Lex Silva and Vince Wallace. they recorded and released an album on Columbia/Epic tittled "Up And Down". Wallace said that the company sabotaged the album, stating, "They made us sound like a mediocre band, when we were really one of the best bands around." Wallace claims Little John was undercut because Columbia was intent on pushing Blood, Sweat & Tears and Chicago and didn't want competition from other horn bands. Ultimately, the record company abandoned the group, and they soon broke up.
On "Up and Down" appears the original version of "Bombay Calling", written by Vince Wallace, and got fame by LaFlamme's band "It's A Beautiful Day" and a different treatment from Deep Purple as "Child In Time". 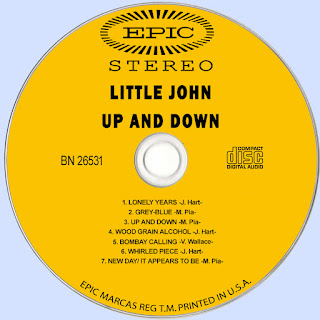