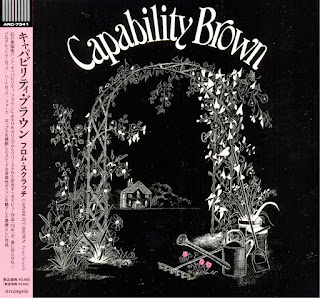 Before coming together as Capability Brown (named after the famed 18th century British landscaper/gardener Lancelot Capability Brown), these guys had a rather impressive pedigree,  At different times Tony Ferguson, Joe Nevin, Grahame White and Roger Willis had all been members of Harmony Grass.  White had also been a member of Fuzzy Duck.  Kenny Rowe had been in The Moments (not the US soul outfit), while Roger Willis had been a member of The Gremlins.

The six members came together in 1971, eventually signing with Charisma which showed immense faith in the group's commercial potential (I'm saying that in a sarcastic way), releasing their debut single the same year; a cover of Russ Ballard's 'Liar' (Charisma catalog number BCP 7).  Ironically the flip side wasn't even a Capability Brown track, rather featured label mates Spreadeagle and their song 'Nightmare'.

Produced by Steve Rowlands, 1972's "From Scratch" featured an interesting blend of musical genres; occasionally layered in the same composition.  The lead off track 'Beautiful Scarlet' served as a perfect example of their dynamic approach, blending bits of top-40 pop with CSN&Y styled vocal harmonies (along with a wandering David Crosby-styled jazz lead guitar), and a modest progressive feel and structure (particularly the sci-fi inspired closing suite 'Sole Survivor').  The CSN&Y influences were even stronger on the rocker 'Do You Believe', 'I Will Be There' and the beautiful country-rock ballad 'Redman' (one of two Rare Bird covers).

At the other end of the spectrum the power pop ''No Range' sounded like something Chinn and Chapman would be writing for The Sweet in a couple of years.  While all of the original numbers were good, the standout tracks were various covers.  Though clocking in at over seven minutes it was a little too long, their version of 'Liar' crushed the Argent original and though it wasn't as poppy as the Three Dog Night version, has always struck me as being the best version.

Elsewhere while they were a little too fey for my tastes, even the ballads 'Garden' and 'Day In Day Out' (the latter sounding like something David Crosby would have written), were worth hearing for their gorgeous melodies and for the killer group harmonies.  Most bands would sell their drummer to be able to come even close and every time I hear those harmonies I can see where Freddie Mercury and Queen took much of their inspiration from.   All hyperbole aside, this is a lost 1970s classic.  Having listened to it dozens of times over the years I'm at still at a complete loss to explain why it tanked.
Bad Cat 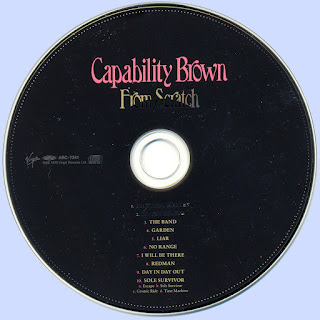