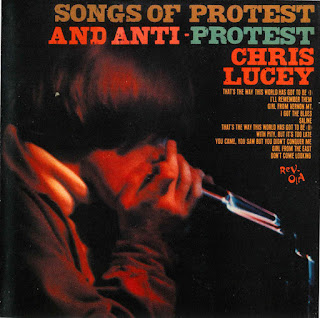 This sought after psychedelic pop gem from obscure Californian songwriter is often compared to Love's Forever Changes, in that it is an intricate exploration of sophisticated arrangements and bleak and twisted lyricism. Calling to mind Tim Buckley and Scott Walker's series of solo albums, that might get fans of such scouring the LP bins in search of this fantastic obscurity. However, it may be difficult to come by, as it is one of the most sort after albums in its genre. Released in 1966 to unanimous indifference, Songs of Protest and Anti-Protest may have been a little too courageous for it's time, tackling blues, exotic -- almost lounge arrangements and pure pop psychedelia. It's beauty is in its absolute fracture and collage of a million and one ideas.

Like Arthur Lee, Chris Lucey can turn a simple phrase into a magnificent innuendo. Chris Lucey would go further out there on two subsequent albums as Jameson and Bobby Jameson, which are both equally treasured items of pop exploitation -- that is the '60s phenomenon of bandwagon jumping that produced some of the most magnificent post-modernist obscurities such as this. One can picture the produces briefing to attempt an Abbey Road/Pet Sounds/Forever Changes/Highway 61 Revisited hybrid, then culminating collaged arrangements and schizophrenia that gives this record its wayward charm.
by Dean McFarlane 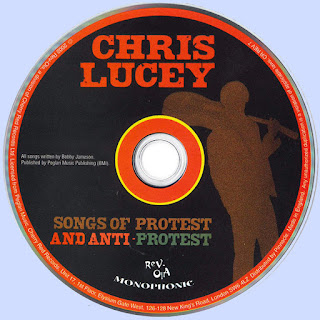 Free Text
Text Host
Posted by Marios at 10:05 AM 2 comments: