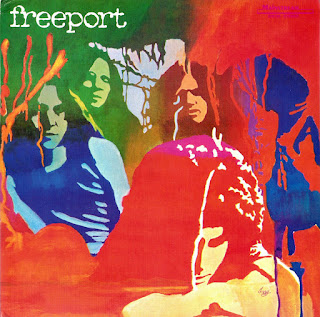 The short-lived Freeport can trace its roots to the Cleveland-based band Paper Sun which featured the talents of bassist Craig Holt, singer/keyboardist Kevin Raleigh, and drummer Bill Stallings (along with singer/guitarist Phil Okulovich, aka Eric Janson).
Unfortunately a national deal with Chess Records fell apart and by early 1969 Okulovich was gone, replaced by former The Poppy singer/guitarist Roger Lewis and lead guitarist Dennis Stredney.  At that point the band dropped the Paper Sun nameplate, morphing into Freeport Express and then simply Freeport.  With support from longtime manager Otto Neuber they scored a contract with Bob Shad's Mainstream label.
Produced by Shad, 1970's cleverly titled "Freeport" featured a mildly entertaining mixture of original pop and rock numbers.  With Lewis, Raleigh, and Stredney all contributing to the writing chores, exemplified by tracks like 'It's a Brand New Morning', 'Just What You Need' and '' the album underscored the band's affinity for harmony-rich pop-rock.  Comparisons to Eric Carmen and Raspberries weren't that far off, though these guys leaned a bit more to the rock side of the equation.  At the same time, they were much more mainstream and commercial than the majority of Mainstream acts, which may have been somewhat of a letdown if you were expecting to hear a collect of psychedelic oriented material like The Art of Lovin', or The Tiffany Shade.
While the liner notes credited three lead singers (Lewis, Raleigh, and Stredney), Raleigh seems to have handled the bulk of the material, though many of the songs featured the band's distinctive multi-part vocal arrangements (What She's Done').  Quite unlike anything else on the LP, 'Forty Long Faces'  offered up a nice mixture of pop melody, sweet harmony vocals, crunching guitars, and just enough progressive flavor to make it interesting.  Freeport released one more non-LP single 1970's 'Now That She's Gone' b/w 'Misunderstood'  and the band was history.
Bad-Cat 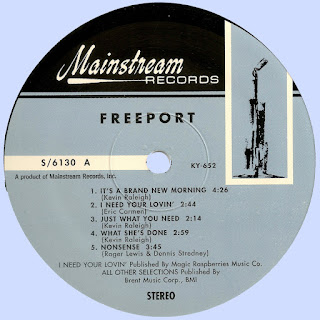