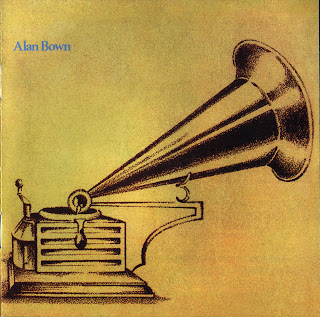 With Jess Roden on vocals and a couple of Toytown psych excursions, in ‘Mr. Job’ and ‘Toyland’, under the belt they released Outward Bown and a self-titled album before Roden quit. The vocals for the latter were re-recorded by the late Robert Palmer, he of ‘Addicted to Love’ success, who went on to pull exactly the same stroke as Roden for the next album, quitting the band just prior to its release.
Gordon Neville was recruited to overdub Palmer’s vocals and, now simply calling themselves Alan Bown, 1970′s Listen was the result.

Listen indeed, a demand upon the record-buyer enforced by Neville’s full-blooded R&B-style vocal. Despite the restriction of having to remain in the key of Palmer’s original interpretation of the nine songs Listen has to offer, the replacement vocalist remains convincing throughout and marshals the proceedings like he arrived at the studio on day one.

That’s not to say that this album is the best thing since sliced bread, far from it, although I’ve always found sliced bread to be overrated. Is dispensing with a knife to placate the idle, really the greatest achievement man has to offer for his 200,000 or so years on this rock? No wonder intelligent alien life has thus far passed us by, probably in favour of another civilisation whose idea of “great” isn’t the discovery that somebody’s already cut their bread for them.

But I digress. Alan Bown’s Listen is an assured, if risk-free, trawl across the seabed of early progressive rock. Drawing upon his early days as a jazz man, Bown’s album is laced with jazz elements, though not, as in the case of ‘Igginbottom’s Wrench, to the point where they ruin it (hence there’ll be no anti-jazz rant this week, though that, a Phil Collins, and an Incredible String Band one are long overdue). Throw in some blues riffs, the ever-present horns, and some fine, if subdued, keyboards and what you have is Listen, an undemanding 40 minutes upon your time.

You want highlights? Oh well, the opener ‘Wanted Man’ is a nice slice of Allman Brothers-style outlaw music, and ‘Loosen Up’ continues with that Southern Rock vibe. Things get heavier with ‘Pyramid’ and the closing track ‘Get Myself Straight’ is a mellower lament to a friend of keyboardist and writer, Jeff Bannister, who was in the throes of life derailment.
by Nick James 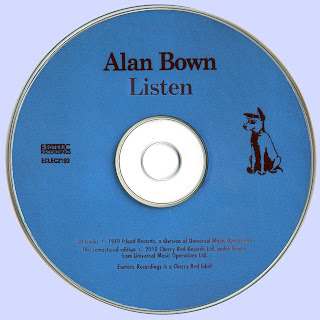 Free Text
Text Host
Posted by Marios at 10:29 AM 3 comments: