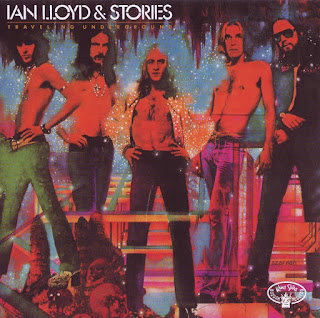 With 1973's Traveling Underground, Stories changed its name to Ian Lloyd & Stories and unveiled a new five-man lineup. Lead singer Lloyd (a whiskey-voiced belter comparable to Rod Stewart and Led Zeppelin's Robert Plant), guitarist Steve Love, and drummer Bryan Madey were still on board. But keyboardist/composer Michael Brown (a graduate of Left Banke and Montage) was gone, and the new members were keyboardist Kenneth Bichel and bassist Kenny Aaronson. Traveling Underground proved that there was life after Brown for Stories; this is a generally solid effort, although About Us remains the band's most essential album.
Like before, Stories came out with an R&B-minded single that doesn't sound anything like the rest of the album it's on. "Mammy Blue" is as different from the other songs on Traveling Underground as "Brother Louie" is from the rest of About Us. A long way from the R&B leanings of "Mammy Blue," tracks like "Stories Untold," "Hard When You're So Far Away," and "Earth Bound/Freefall" favor the type of baroque art-rock approach that had worked so well on Stories' previous releases. "Brother Louie" and "Mammy Blue" indicated that Stories might have made a great blue-eyed soul band, instead, Traveling Underground is the work of a fine pop-rock/art-rock band that occasionally detoured into blue-eyed soul.
by Alex Henderson 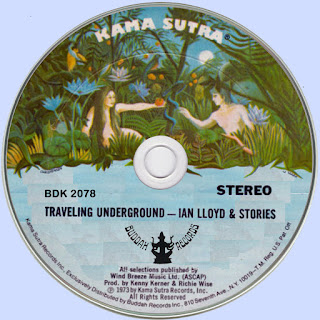