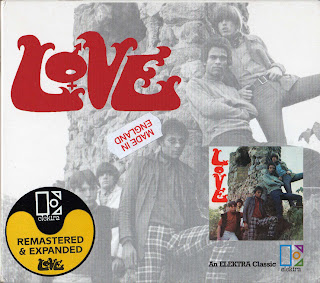 One of the best West Coast folk-rock/psychedelic bands, Love may have also been the first widely acclaimed cult/underground group. During their brief heyday -- lasting all of three albums -- they drew from Byrds-ish folk-rock, Stones-ish hard rock, blues, jazz, flamenco, and even light orchestral pop to create a heady stew of their own.

They were also one of the first integrated rock groups, led by genius singer/songwriter Arthur Lee, one of the most idiosyncratic and enigmatic talents of the '60s. Stars in their native Los Angeles and an early inspiration to the Doors, they perversely refused to tour until well past their peak. This ensured their failure to land a hit single or album, though in truth the band's vision may have been too elusive to attract mass success anyway.

Love was formed by Lee in the mid-'60s in Los Angeles. Although only 20 at the time, Lee had already scuffled around the fringes of the rock and soul business for a couple of years. In addition to recording some flop singles with his own bands, he wrote and produced a single for Rosa Lee Brooks that Jimi Hendrix played on as session guitarist. Originally calling his outfit the Grass Roots, Lee changed the name to Love after another Los Angeles group called the Grass Roots began recording for Dunhill. Love's repertoire would be largely penned by Lee, with a few contributions by guitarist Bryan MacLean.

Inspired by British Invasion bands and local peers the Byrds, Love built up a strong following in hip L.A. clubs. Soon they were signed by Elektra, the noted folk label that was just starting to get its feet wet in rock (it had recorded material by early versions of the Byrds and the Lovin' Spoonful, and had just released the first LP by Paul Butterfield). Their self-titled debut album (1966) introduced their marriage of the Byrds and the Stones on a set of mostly original material and contained a small hit, their punk-ish adaptation of Bacharach/David's "My Little Red Book."
by Richie Unterberger 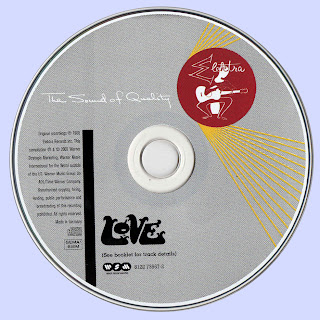