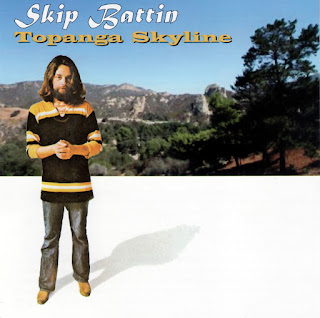 It took a while longer to appear than expected, but Skip Battin’s second solo album has finally surfaced on CD after thirty-nine years. The explanations for its shelving in 1973 include, depending on whom you read and believe, (a) the vinyl shortage resulting from the oil embargo following the Yom Kippur War, (b) the cancellation of the fall-of-‘73 national tour featuring Skip, Gene Parsons, Gram Parsons, Clarence White and Country Gazette through various city fathers vetoing the presence of “longhairs”, or (c) loss of heart in the recording project following the death of Clarence. Following Skip’s own passing in 2009, his son Brent negotiated with California’s Sierra Records to issue the “lost” album posthumously in celebration of the fortieth anniversary of Skip’s first appearance with the Byrds. Three years further on, we finally have it, and it’s been worth the wait despite the sad circumstances of its gestation and publication.

Clarence was killed on July 15, 1973, three days before recording was due to begin, but the sessions went ahead nevertheless. In place of the various Byrds alumni who backed Skip on his eponymous debut set, he received the services of members of the redoubtable Country Gazette and assorted friends: Bob Beeman and Herb Pedersen (acoustic guitars), Chris Etheridge (RIP April 23, 2012 – bass), Byron Berline (fiddle), Alan Munde (banjo), Roland White (brother of Clarence – mandolin) and Mike Bowden (drums), and in Clarence’s place came Al Perkins from the Souther-Hillman-Furay Band on electric guitar, pedal steel and Dobro. A more capable combo could not have been wished for, and the album resonates with their flawless musicianship behind Skip’s down-home Dylanish vocal and piano. If there was an atmosphere of sadness and loss in the studio, it doesn’t show in the music, which is relentlessly upbeat and powerful on the fast tunes and warm and sympathetic on the ballads. The bluegrass players shine both ensemble and as soloists, and Perkins’s contributions are remarkably assured given his last-minute drafting. Production by Skip’s longtime writing and recording partner Kim Fowley is exemplary, as you’d expect.

The CD package as released by UK imprint Floating World on licence from Sierra includes the nine original studio tracks completed before the decision to abandon. These are split between typically idiosyncratic Battin/Fowley country-rock originals – “Bolts Of Blue”, “Don’t Go Down The Drain”, “Stoned Sober” – and supercharged bluegrass covers – the Morris Brothers’ “Salty Dog Blues”,  A.P. Carter’s “Foggy Mountain Top”, the traditional ”Roll In My Sweet Baby’s Arms” – plus a truly inspired reworking of the old 1959 Olympics hit “Hully Gully”. In addition to these there are several bonuses. “Willow In The Wind” and “China Moon” are taken from Skip’s 1981 album “Navigator”, an Italian-only release featuring Sneaky Pete Kleinow on pedal steel. The ghost of Clarence walks on an alternative version of “Roll In My Sweet Baby’s Arms” and on “Old Mountain Dew”, two rehearsal tapings which are thought to be the last recorded work Clarence ever laid down. Rounding the package out is a short mpeg of a clean-cut Elvis-quiffed Skip performing solo on a 1965 Californian TV show similar to Ready Steady Go on which he lip-synchs a couple of pre-British Invasion teenypop songs, “Searchin’” and “She Acts Like We Never Have Met”.
by Len Liechti 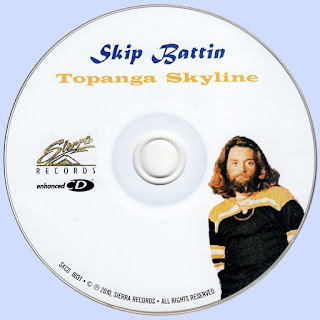 Free Text
Just Paste
Posted by Marios at 6:10 AM 2 comments: