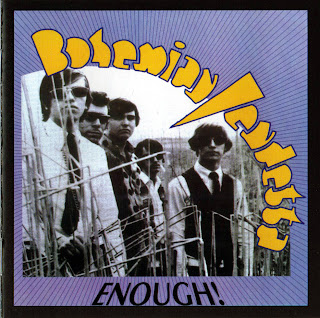 Formed in 1966, this Long Island, New York band was born right on the cusp of the burgeoning psychedelic scene, and their razzle dazzle music reflects such an environment. Everything you always wanted to know about Bohemian Vendetta can be heard here. A complete collection, Enough contains acetates, singles, and the group’s solitary self-titled full-length album that came out in 1968 on the Mainstream label.

In their infancy, the band cocked their ears towards torn and frayed white boy blues. The raw and scratchy feel of “Like Stoned” owes a growl and a grunt to the Pretty Things, and the hormone-charged bite of “Irresistible” could pass as a Shadows of Knights number. But as time marched on, Bohemian Vendetta, who were initially billed as the Bohemians, found their own niche, and what a cool niche it was.

Aside from covers of the Animals’ “House Of The Rising Sun” and the Rolling Stones’ “I Can’t Get No Satisfaction,” which are both performed in a slow, sleepy and crushingly heavy mode, Bohemian Vendetta wrote original material, giving them an edge over and above the competition. Teeming with color and creativity, the band’s songs were cleverly engineered and executed with gusto.

Groovy fuzz guitars, compounded by spiffy organ passages light the fire torching the tunes on Enough, while charismatic vocals, rippling with animation and excitement, nimbly rope together snotty garage rock inflections with shades of swinging of soul power and lysergic laced kookiness. Bohemian Vendetta further flaunted a forte for plunging brawny hooks and clutching choruses into their wares, with “I Wanna Touch Your Heart,” “Enough” and “Love Can Make Your Mind Go Wild” denoting what good pop sensibilities they harbored.

Basically a poetry reading set to dark and distressing music, “Deaf, Dumb & Blind” stages a swell Doors imitation, the weird and wacky “Paradox City” curls and coils to the beat of esoteric lyrics and stabbing breaks, and the carnal hunger of “(She Always Gives Me) Pleasure” pushes and grinds with slaving hard rocking rhythms. Devised of sweeping melodies and neat organ drills, “All Kinds Of Highs” is another pick to click on the record.

Quick, tight jams additionally personified the songs of Bohemian Vendetta. Had the band continued on, they probably would have pursued the progressive bent often tinting their efforts. But it was sadly not to be, as they dismantled shortly after “Bohemian Vendetta” arrived on the shelves. Throbbing and bobbing with freaky, funky and fun sounds, Enough (Distortions Records) celebrates a band whose psychedelic punk rock affairs were definitely in order.
by Beverly Paterson 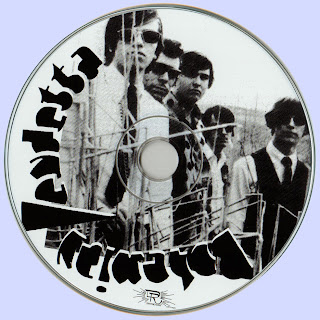 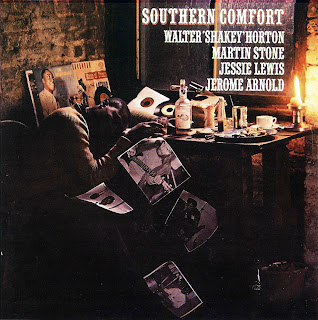 Recorded when legendary Chicago blues harpist Walter 'Shakey' Horton visited the UK in 1968, Southern Comfort is a superb showcase for his talents, as well as those of bassist Jerome Arnold (the Butterfield Blues Band), drummer Jessie C. Lewis (Otis Rush) and trailblazing guitarist Martin Stone (Savoy Brown and Mighty Baby).
Though mostly a superb blues set, however, it's best-known today for the epic closing track - one of the most mind-blowing psychedelic workouts ever recorded.
"Whilst still with Mighty Baby, Martin Stone recorded a rare album called Southern Comfort with American blues harmonica player Walter 'Shakey' Horton, which is principally notable for Netti Netti, the long psychedelic jam that ends proceedings"
from The Tapestry Of Delights 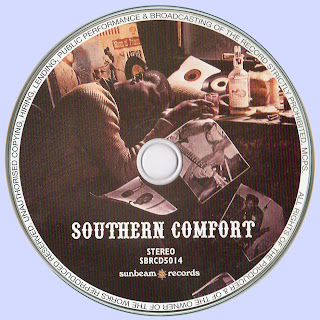 Free Text
Just Paste
Posted by Marios at 5:59 AM 7 comments: