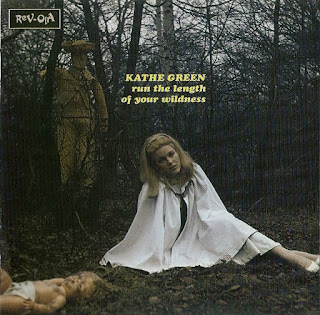 Strangely scattershot, if fitfully entertaining LP, Run the Length of Your Wildness can't quite make up its mind whether to be pop-folk, Swinging London pop/rock, or middle of the road pop. In that respect, as well as in its Baroque orchestral arrangements (which verge on the fruity at times), it's reminiscent of another late-'60s record, Dana Gillespie's Foolish Seasons -- not surprising, as Wayne Bickerton produced both albums. You can throw in some similarities to a few other British female vocalists of the time straddling the lines between pop and folk, like Marianne Faithfull and (much more distantly) Judith Durham of the Seekers. Kathe Green's record, however, isn't nearly as good as Gillespie's, in part because Gillespie's a significantly better singer, though Green's adequate.

The material's also better on Foolish Seasons, and both the similarity and disparity between the two singers is emphasized by a song that appears on both LPs ("Tears in My Eyes"), which is handled notably better by Gillespie. Green did write or co-write much of the material on Run the Length of Your Wildness, and some of it's above average for this orchestrated British pop-folk-rock genre, particularly "Primrose Hill" and the slightly Donovan-ish "Promise of Something New."
by Richie Unterberger 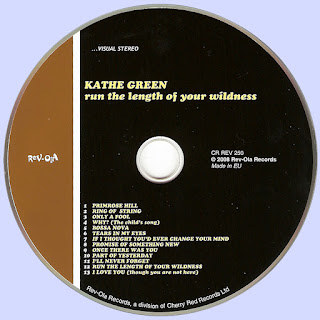 Free Text
the Free Text
Posted by Marios at 1:19 PM No comments: