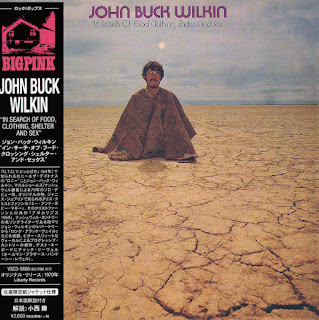 John "Bucky" Wilkin, the son of Marijohn Wilkin (author of the country classic "Long Black Veil"), is most noted as a session guitarist on numerous country and rock records of the 1970s, particularly outlaw country releases by Waylon Jennings, Kris Kristofferson, Kinky Friedman, and Jessi Colter. He was also a songwriter and put out a little-known solo LP, In Search of Food, Clothing, Shelter & Sex, on Liberty. The record was easygoing, though sometimes moodily eccentric, country-folk-rock with frequent orchestration. Prior to his solo album, Wilkin had been in Ronny & the Daytonas, famous for their 1964 hot rod hit "Little GTO." Wilkin was also in the American Eagles (not to be confused with the much more famous Eagles), who also included keyboardist Chuck Leavell, and put out a single in 1969.
"Boy of the Country," for its dark edginess, is a standout, though even so the orchestration somewhat dilutes the overall effect. Kris Kristofferson fans might find this an interesting collector's item due to the presence of an early, pre-Janis Joplin version of "Me and Bobby McGee" as well as "Apocalypse 1969" one of the better and harder-rocking cuts.
by Richie Unterberger 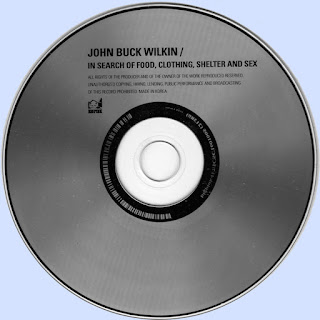