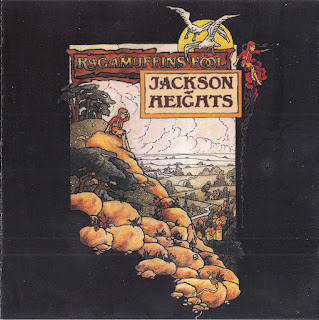 Jackson Heights' third album (issued as Ragamuffin's Fool by Vertigo in the U.K. and Jackson Heights by Verve in the U.S.) was an improvement over its predecessor (The 5th Avenue Bus), but still an indication that leader Lee Jackson would have relatively little exciting to offer in his post-Nice career. While 5th Avenue Bus had at times leaned toward an American west coast soft rock sound (particularly in its vocal harmonies), Ragamuffin's Fool went for a somewhat harder, artier, and more diverse approach. "Maureen" had almost, but not quite, enough straightforward rock hooks to have had a chance as a single.

The gloomy ballads "Oh You Beauty" and "Chorale," more than anything on The 5th Avenue Bus, reached back a little toward the slightly classical-tinged, keyboard-anchored melodic scope of the Nice, though the flavor on the first tune is as much Todd Rundgren as Keith Emerson. "As She Starts" is a kind of nice, slightly eccentric waltz with good vocal harmonies, and "Bebop" again nods in the art rock direction with its fusion of classical piano and dynamic rock rhythm. However, just when you're thinking it's not a half-bad record in its slightly peculiar mix of melancholy pop, mild art rock, and more of those west coast-influenced harmonies, it sputters to a close with a few mediocre good-time and country-rock numbers that are wholly at odds with the mood of the rest of the LP.
by Richie Unterberger 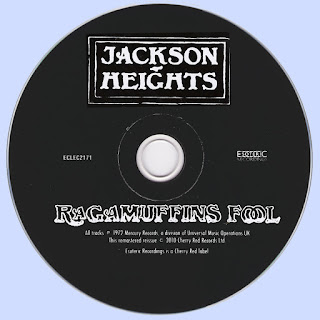