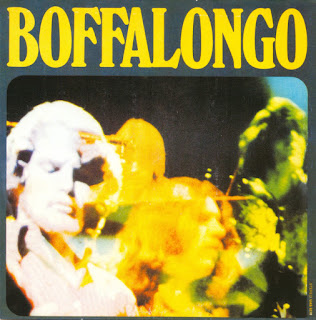 The continuation from the CyberDesk of Larry Hoppen
Boffalongos personnel changed before we cut our 2nd LP  Beyond Your Head in the same studio, now upgraded to 8-track! Keith left, Basil stayed, I moved to guitar, David ‘Doc ‘Robinson joined on bass and Ritchie still drummed on the record. However, the live band changed radically, right after the LP was released.

Sherman Kelly replaced Basil on keyboards/vocals and my former college roommate, Peter Giansante, entered on drums – just long enough to record a new song named Dancin’ in the Moonlight, written by Sherman in 1969.

Beyond Your Head shows the band’s growth from the first LP, with a preview of things to come through a first recording of what would become a global, iconic song, plus tunes by Doc and myself including a 3-song suite a la CS&N. (Imitation is the sincerest form of flattery.

A few years later, Doc would be the lead singer on the huge hit rendition of Dancin’ in the Moonlight by King Harvest (1973), a band which included Sherman as well as (the late) Wells Kelly – Sherman’s younger brother - who both became Boff’s drummer until we disbanded in late 1971 and then joined up with John Hall to start Orleans in Woodstock, NY, bringing me into the initial trio in Feb. of 1972. 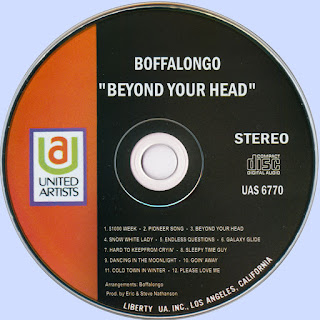 Free Text
Text Host
Posted by Marios at 6:13 AM 6 comments: