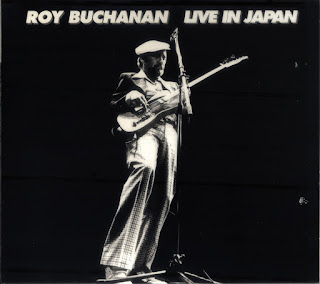 It seems only fitting that one of Roy's best albums was a live album that's never even been released in the United States, as Roy was doomed to a life of cult fandom and recognition without ever reaping the rewards of significant commercial success. Of course, part of this was due to his own self-destructive nature, but in any event this live album is a scorcher that shows Roy and his loyal road band (still Lukens, Harrison, and Foster) in fine form on an "on" night in a country that really appreciated what they had to give. I'd give this album the slight nod over Live Stock mostly due to the appearances of "Hey Joe" and "Sweet Dreams," though like the previous live album this one is too brief (around 46 minutes) for its own good, especially since again there was more material available that could've been used.

The album starts with a stellar version of Booker T. & The MG's "Soul Dressing" (an improvement on "Green Onions") that's moody yet rocking, with keyboard and guitar solos and Harrison's bass prominent as well. "Sweet Honey Dew" delivers swinging mid-tempo rock n' roll with some good lashing guitar and moody keyboards including another solo spotlight, before "Hey Joe" slowly stretches out for 9+ minutes. Now, I really liked the flashier studio version, but I prefer this version for the "Shenandoah" reference and the explosive "Foxey Lady" coda; this performance is Roy Buchanan at his absolute best.

"Lonely Days Lonely Nights," a soulful semi-ballad with a good Byrd vocal and attractive piano. "Blues Otani," a remake of an old Snakestretchers song called "Since You've Been Gone," is another in a long line of excellent extended (7:53) blues tracks, before an explosive "My Baby Says She's Gonna Leave Me" leads into an intimate, heart wrenching "Sweet Dreams." The main problem with this album is that it leaves you wanting more and makes you feel slightly unsatisfied as a result. Still, what is here is mostly excellent, and the album was a personal favorite of Roy's who felt that it captured what him and his band were all about. Note: Roy toured incessantly (band members came and went) and released several albums after this one, including a trio of studio albums for Alligator Records in the mid-'80s, but I feel that his best recorded output came in the '70s, on the albums reviewed on this page.

Buchanan's life was tragically cut short when he was arrested for being drunk and disorderly and allegedly hung himself in jail. Fittingly given his enigmatic life, some have questioned whether he was really in fact the victim of police brutality and a subsequent cover up, but for all his shortcomings as a singer, songwriter, bandleader, and businessman, what can't be denied is that in life few people could make a guitar cry quite like Roy Buchanan.
by Scott Floman 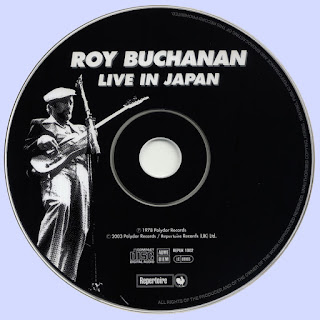 Free Text
the Free Text
Posted by Marios at 4:10 AM 4 comments: