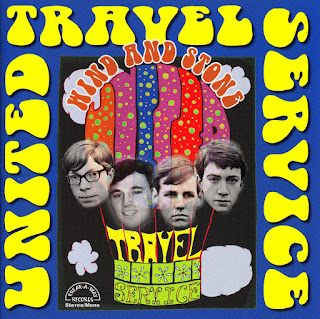 Dateline 1966 – the Pacific North West of the USA – a hotbed for numerous local and regional bands following the tradition of the renowned North West Fratrock of the Kingsmen or the uncompromising Rock & Roll of The Sonics and Wailers. Not so the United Travel Service.

They were sadly overlooked at the time but are now revered for their two brilliant, killer folkadelic 45 releases “Wind And Stone” b/w “Drummer Of Your Mind” and “Gypsy Eyes” b/w “Echo Of You”. The UTS were mainly influenced by the San Francisco scene, Garage Rock and the Byrds. Their high quality repertoire written by guitarist Ben Hoff and produced by New Tweedy Brothers producer Rick Keefer would have made a classic local psychedelic album if released back then. But it was not to be.

Their great album, would have counted to the classic psychedelic ones, had it been released at the time. Break-A-Way presents for the first time ever, a collection of the band's rare 45s, along with five more, until now unreleased studio recordings, plus three home demos. 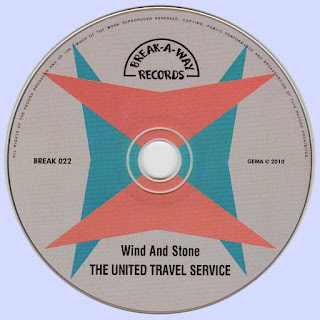