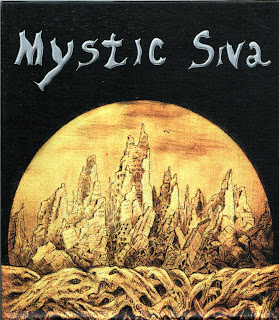 And yet another trip back to the days of "Love and Peace" trip in every sense of the word. It's going to Detroit in the "Motor City" and "Rock City" as KISS later described as beautiful,which lead you to the holy grail of psychedelic music.

A very young band, the musicians traveled between 16 and 17 hours of recordings on this album, called MYSTIC SIVA had set out to conquer the world with emotional charged psychedelic rock inclusive easily hard rock gem impact here and there. A task which unfortunately never really succeeded.

Here, the signs were good. How the 1969 and 1970 live recorded tracks on the "Under the influence" points out, there are no bunglers that here the instruments, including organ Hammond B3 (about as fat as a grand piano, at least in terms of weight) hard-driven pounding hypnotic shred.

A relaxed grooving opener with a fine organs Hammond carpet on which the guitarist can then indulge in endless solos arouses my attention. Purely instrumental rock is 'Keep Your Head' in your heart. You can hear at once that it must have been recorded live, whether in concert or as a demo in a mini studio or rehearsal room, who knows to say that? The wild leads to the very relaxed rhythms are certainly very exciting.

'Spinning A Spell' is more atmospheric with dark melodic vocals and dark, psychedelic rock with gorgeous distorted lead guitar and organs deposits, but still quite ingratiating and straightforward. Could have been at a proper studio recording the Doors compete, the degree Acid leads the guitar Your senses have turned upside down.

'Come On Closer' again is a bit more on Boogie Rock the guitar and the organ provide a proper background to the song, the rhythm crew to the subtle foundation. Fine rock song, but less spectacular.

'Super Natural Mind' is then pure Acidrock, beautifully atmospheric and aggressive, especially with the lead guitar. The drum has a sick sound as if someone whacked too much reverb and echo added duplicated tracks slightly offset. Sounds trippy! The singer here pretty angry roars into the microphone, while the basic instrumentation relaxed weaves their soundscapes.

'Come Together' is a cover of a famous Beatles song, which consists of elongated introduction of intensive organ carpets, singing to wailing lead guitar, which plays the basic riff) and still relaxed rhythm starts up then the singing . Just this beguiling organ sounds make the song into a spiritual experience, even if the Hammond is not used as a lead instrument really nice acidic wah rhythm that would make any cover sound good.

'Magic Luv' is then straighter skirt with Boogey and Blues in the ass. However, Mystic Siva made in the chorus in some left-sounding runs. The vocalist for his tender age has already bought a powerful male voice and my old rabbit really the cutting.

Us gently flows against the melancholy atmosphere of 'Find Out Why'. However, this song is in the chorus is a bit energetic, away from the rainy mood, braces itself against the band for a brief moment of resignation and sadness. Beautiful organ lines and a lovely clean guitar instrumental bear brunt. Oh yeah, did I mention that the drummer is the lead singer? Should there be, I am thinking only of the Dave Clarke Five (Beat Tape) or later as troops Exciter Or Autopsy in Metal. It's not wrong to do what the guys here. More of it.

By Spencer Davis Group cover ' I´m A Man' it goes on acidrockig a nice driving beat, a steady and howling lead guitar which makes fire properly, straight, powerful vocals and this thrilling organ riffs, all it takes for a good hard rock song. And this is hard rock! Over seven minutes, the band was made to cover this track! She was formally noted in the fun they had there.

'Sitting In A Room' an eruptive own composition A mystical guitar line, a fat organ and open scream,massive groovy heavy rock with very good sound and captivating spherical vocal line is offered here. The organ riffs and guitar attacks penetrate your soul and leave a bloody lump of mind. You could almost here "Blue Cheer meets Doors" Fit as a comparison. Killer Song!

The lead guitar saws unstoppable and even the usually relaxed rhythm section has to do something properly. How could the man on the drums to sing then? Eventually, the song is quiet, reserved, somewhat hypnotic and atmospheric, this very evocative of howler Backing vocalist are sick reminder of werewolves. In the singer speaks with aggressive voice when he would make a speech in front of a bunch of demons. I would say that we have THE highlight of the original songs on this album already very strong before us. It drives me to despair when I think that these are all previous shots here that were not previously published.

'Black Sheep', acting in the album, it is a cover again, this time. By local Detroit rock heroes SRC, the biggest rival of the aspiring MC 5 and certainly examples of our music-making villain - Mystic Siva It is quietly flowing, melodic Acidrock with beautiful vocal melody and thought-provoking lead guitar. The organ plays more than just the basic carpets, takes even the harmonies in the verses, while the undistorted guitar rhythms played is a fine finish! Beautiful!
by Adamus67 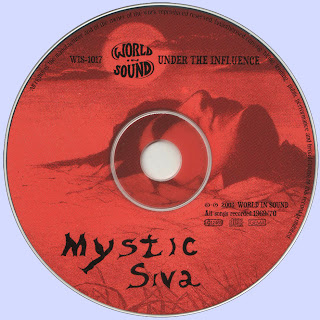 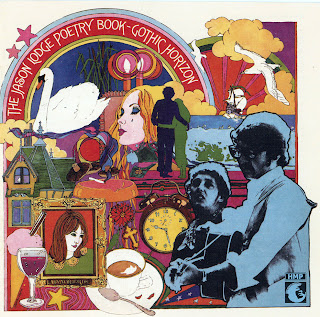 The first of the two LPs by this obscure British group offers delicate folk and folk-rock, very much grounded in acoustic guitars, though some percussion and wind instruments are also heard on some tracks. It's not colored, however, with the traditional British folk slant identified with the most well-known of the U.K. acts in the style from the period.

It's more pop-influenced than trad-influenced, emphasizing the group's high, quavering harmonies on songs that are both wistful and self-effacingly humorous. At their most serious (as on "Wilhelmina Before Sunrise"), they sound a bit like Fairport Convention did in their early pre-traditional folk-rock days (à la "Decameron").

At times, a Simon and Garfunkel influence becomes a little too obvious; "St. Valentine's Day Massacre," "Althea Williams," and especially "Pisces" can't fail to recall that celebrated duo, all the way down to Paul Simon-like bent note guitar flourishes. Just to mix things up even more, there are tunes with a somewhat vaudevillian good-time flavor, sounding a little like the Lovin' Spoonful, or Peter and Gordon in their "Lady Godiva"/"Afternoon Tea" era.

While all of these bands and duos are good ones with whom to have similarities, the usual rule when such similarities crop up applies: Gothic Horizon themselves are not as good or identifiable as any of these apparent influences. It's on the slight and mild side, but nice enough as such second-and-third-tier rarities go, often bearing something of a sunny-morning-by-the-creek feel.
by Richie Unterberger 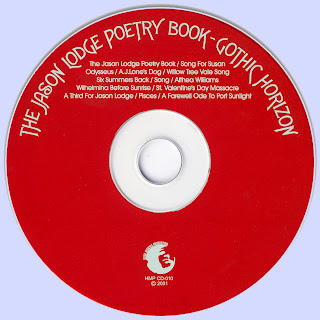 Free Text
Just Paste
Posted by Marios at 5:03 AM 3 comments: