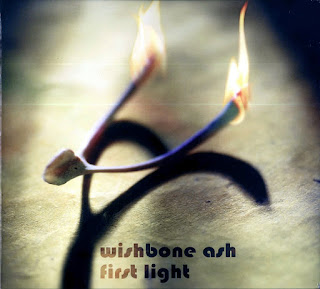 Wishbone Ash have been well served by Talking Elephant and First Light (TECD108) goes right back to the very dawn of the band.

Once thought lost, these demo recordings surfaced a few years ago at a Christies auction. Recorded in spring and summer 1970, the tracks were rejected at the time as too raw.

For fans and those who appreciate the art of twin-guitar, this is well worth having. It's classic seventies rock, and if a little tentative it does show the musical quality that was to captivate audiences a few years later. The early period is characterised by a folksy-bluesy approach that sometimes recalls Rory Gallagher.

'Roads Of Day To Day' is particularly impressive and a good vehicle for the guitar interplay of Andy Powell and Ted Turner, whilst the rhythm section of Steve Upton (drums) and Martin Turner (bass) excels throughout. This track, and 'Alone', demonstrates the band's enduring ability to pen a catchy tune, the latter ditty not dissimilar to their contemporaries (and early label-mates) Caravan.

'Blind Eye' is straight blues rock whilst the instrumentals 'Joshua' and 'Handy' have early seventies prog tendencies as well as freewheeling guitar figures. Five tracks were included on the band's debut album whilst 'Alone' appeared on 'Pilgrimage' in 1971. It's easy to see why this early bash attracted the interest of MCA and soon after Ash were on the ascendancy
by David Randall 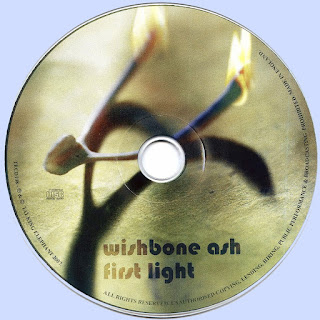 Free Text
Text Host
Posted by Marios at 8:01 AM 2 comments: