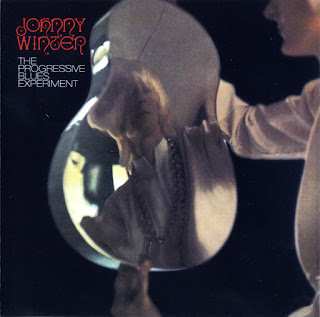 Although his early Columbia albums brought him worldwide stardom, it was this modest little album (first released on Imperial before the Columbia sides) that first brought Johnny Winter to the attention of guitarheads in America. It's also Winter at the beginning of a long career, playing the blues as if his life depends on it, without applying a glimmer of rock commercialism.
The standard classic repertoire here includes "Rollin' and Tumblin'," "I Got Love if You Want It," "Forty-Four," "It's My Own Fault," and "Help Me," with Winter mixing it up with his original Texas trio of Red Turner on drums and Tommy Shannon (later of Stevie Ray Vaughan's Double Trouble) on bass. A true classic, this is one dirty, dangerous, and visionary album. The set was issued in a sonically screaming 24-bit remastered edition on CD by Capitol in 2005. It contains no bonus tracks, but it leaves the original crummy CD issue in the dust.
by Cub Koda
More than fifty years ago, Johnny Winter and his band consisting of Tommy Shannon and Red Turner made musical history as they recorded the first official Johnny Winter Lp “The Progressive Blues Experiment.”
The 1969 masterwork featured 10 exciting songs from the likes of Johnny Winter " Black Cat Bone" “Mean Town Blues” and from some of his favorite artists and friends like Muddy Waters’ "Rollin’ & Tumblin’ ", B.B. King’s “It’s My Own Fault”, Howlin’ Wolf’s “Forty Four” and Slim Harpo’s " I Got Love If You Want It."
The late artist always considered this one of his favorite albums as noted “The Progressive Blues Experiment” finds me doing what I know and love the best…pure blues."
The explosive album ignited his career prior to playing the Woodstock festival, and shortly afterwards he would go on to become a worldwide rock and blues superstar. 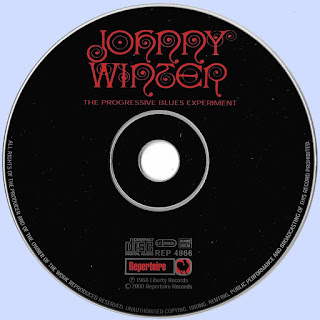 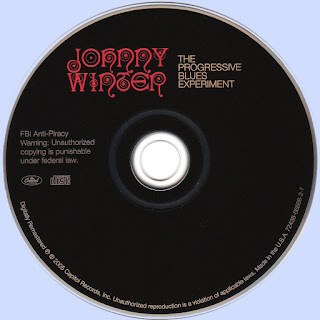 Posted by Marios at 9:54 AM No comments: