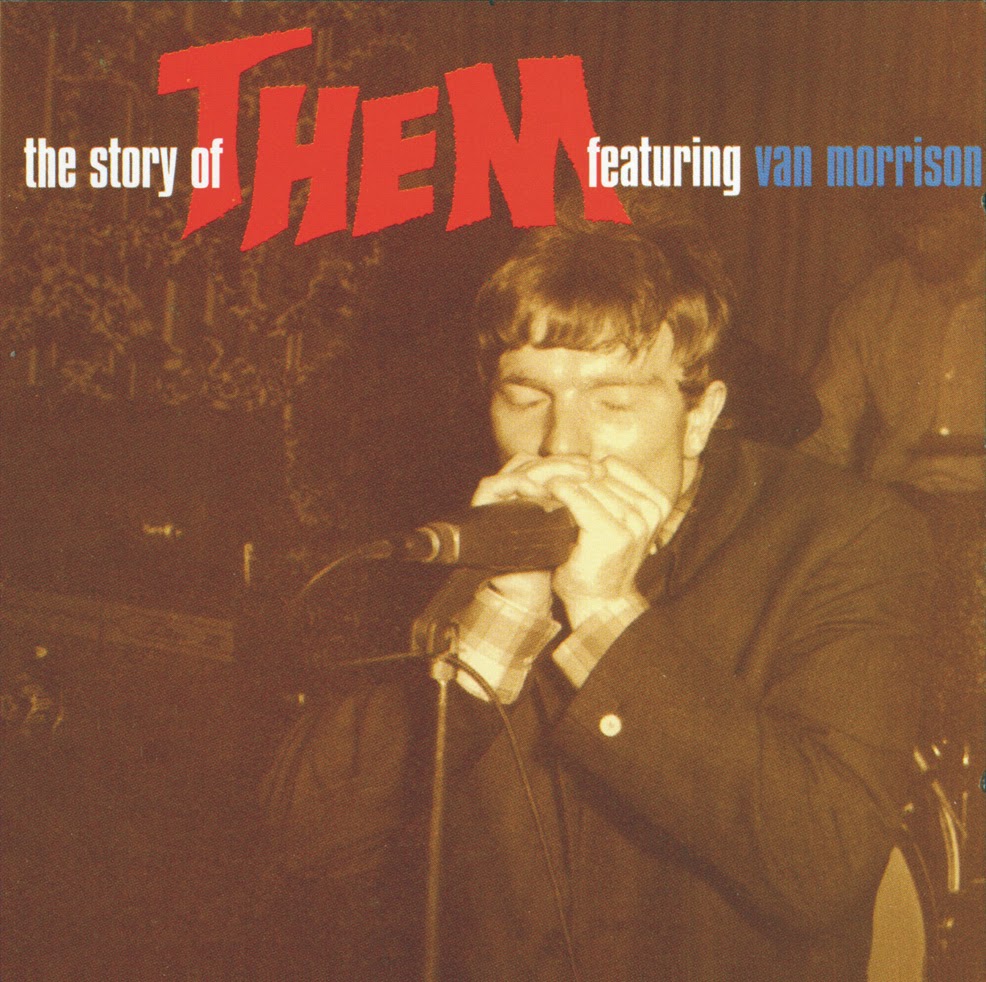 Them were a formidable, popular group in their own right before singer Van Morrison went on to even greater fame. This Belfast five only produced two LPs and a potful of 7" singles during its ascendance in the molten heat of the British Invasion. But they did manage two Top 40 hits in America in 1965 (the enduring number 24 "Here Comes the Night," later covered glam-style by David Bowie on Pin Ups, and number 33 "Mystic Eyes") and two Top Ten hits that same year in their native Britain ("Here Comes the Night" and a cover of Joe Williams' "Baby Please Don't Go"). And is there a single bar band in America that doesn't play "Gloria," shouting "G-L-O-R-I-A" just like the 19-year-old Morrison in 1964? Moreover, the group's West Coast U.S. tour of arenas like the Fillmore in the spring of 1966 had the Ulster youths commanding bills that included such admiring support groups as the Doors, Captain Beefheart & the Magic Band, the Grass Roots, and the Association. At one of them, Frank Zappa even joined them on-stage.

Clearly, Them's tough, heavily American blues captivated, a direct result of the vicious voice of Morrison. It was even more a weapon on this tougher-sounding material than it's been since he became a solo star. Although the band chose songs to cover by John Lee Hooker, Jimmy Reed (twice), T-Bone Walker, Ray Charles, Screamin' Jay Hawkins, and Fats Domino, as seen here (as well as others by Bob Dylan, Simon & Garfunkel, and Bobby Troup), the real precedent for the white-hot, gnashing growl in Morrison's teenage voice was Howlin' Wolf. Here's a red-throated snarl not even other great '60s English white soul singers -- such as the Small Faces' Steve Marriott or the singer for the Action -- could match, one even more unsettling than the Animals' Eric Burdon.

Talk about making the hairs on your neck stand up! It's actually a pity, then, that Them relied so heavily on others' material (as did everyone else circa 1964), for the two dozen originals stand up well. In addition to "Gloria," Morrison was well on the road to his later genius when he penned "Could You, Would You" and "Hey Girl." True, his material could stand to rock & roll more, just as the Yardbirds held fast to Chicago blues but made their beat stomp. But still he comes on like some swamp-dwelling, moonshine-drinking, big man on the prowl. Them were raw and ready, and digitally brought back kicking and screaming from the original analogue master tapes, they are an eerie thing of bluesy beauty.
by Jack Rabid 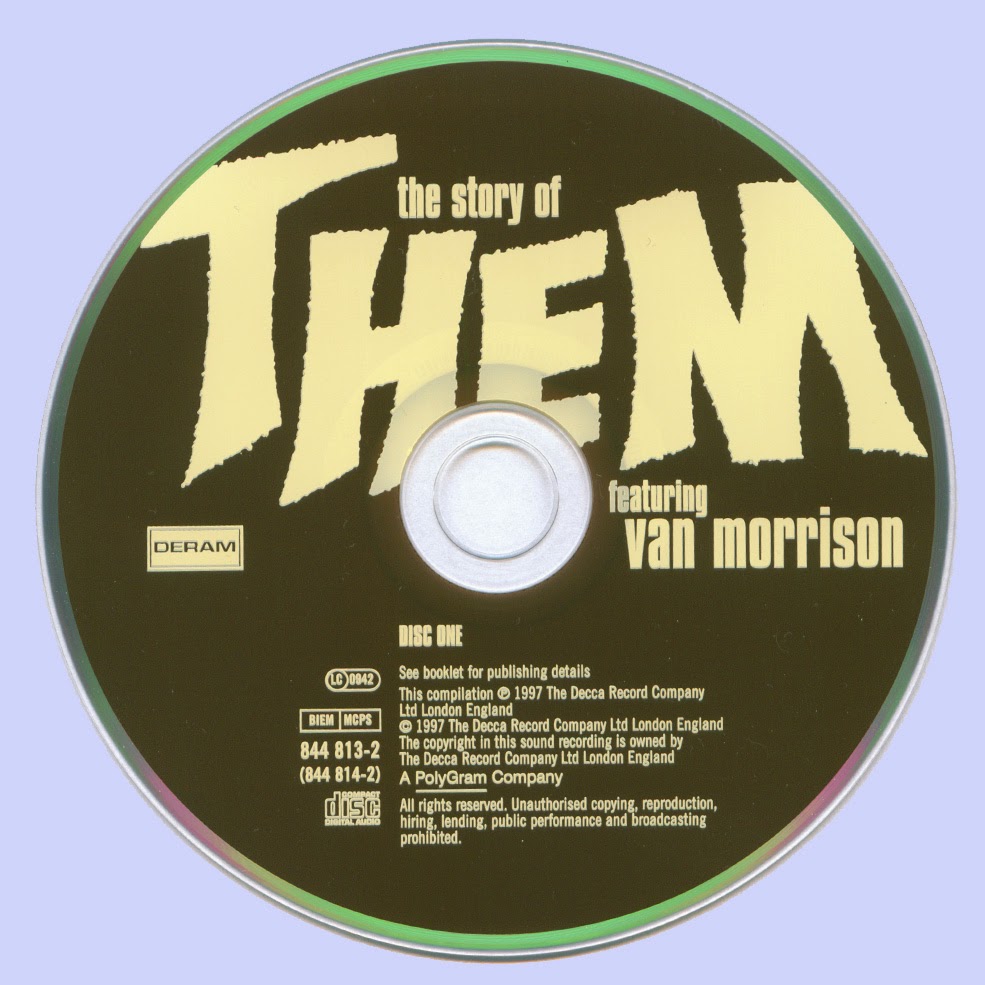 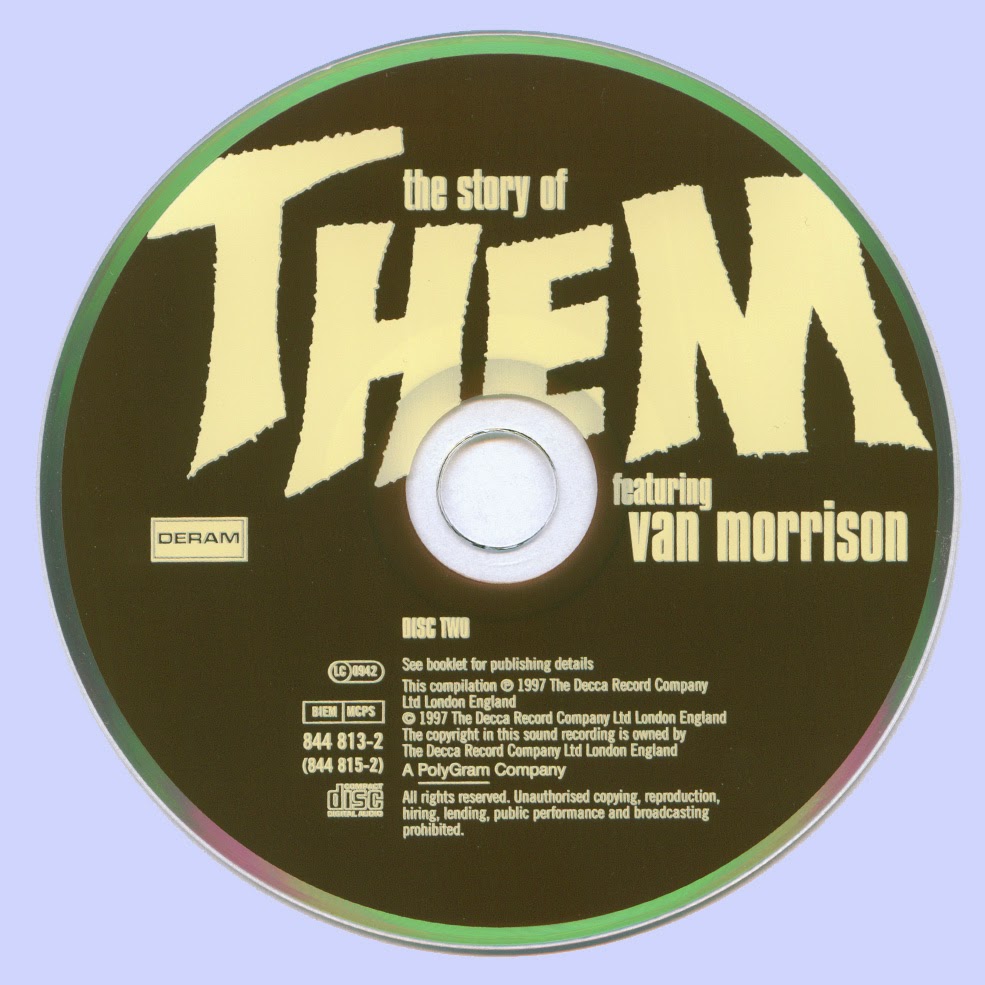