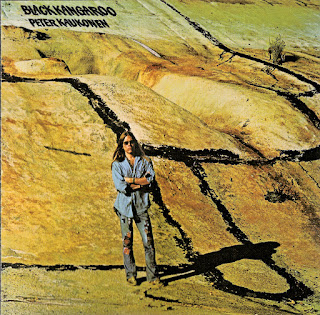 Peter Kaukonen is the younger brother of Jefferson Airplane’s Jorma Kaukonen. He was born in September 1945, Topeka, Kansas, USA. and began his career playing blues and folk prior to forming a bluegrass group in 1964 while studying at the University of Stockholm in Sweden. Having moved to California, Kaukonen became member of Petrus. The group recorded an unissued album for A&M Records before folding after which Kaukonen moved to San Francisco.

He enjoyed close ties with Jefferson Airplane, playing on spin-off releases Blows Against The Empire and Sunfighter, before recording for the group’s Grunt label. Kaukonen’s group, Black Kangaroo, formed in 1971, initially comprised of Mario Cipollina (bass) and Bill Gibson (drums), both later of Huey Lewis And The News. However, Peter Kaukonen: Black Kangaroo featured Larry Knight (b. Larry Weissberg; bass) and Joey Covington (drums; ex-Hot Tuna /Jefferson Airplane). Their only album is a hard-edged collection, showing the influence of Jimi Hendrix and Johnny Winter, with whom Kaukonen worked briefly when Black Kangaroo split up in 1972.

Kaukonen was offered the role of bass player in Jefferson Starship but opted to work as a solo artist. He recorded Traveller, an all-instrumental set, between 1980 and 1984. It did not secure a commercial release, although Kaukonen sold cassette copies at his live appearances. He also revived Black Kangaroo on two occasions. In 1977 he fronted a line-up completed by Stable Brown (bass) and a drummer dubbed ‘Stavros’. A third version, featuring Keith Ferguson (bass) and Jimmy Gillen (drums) was active at the end of the 70s, but it folded when Ferguson left. He later helped form the Fabulous Thunderbirds.
by James Chrispell 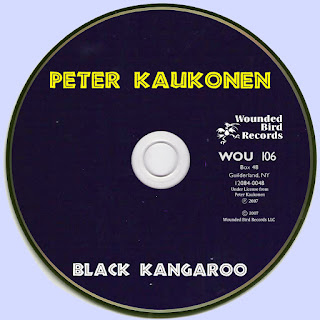 Free Text
the Free Text
Posted by Marios at 6:06 AM 2 comments: