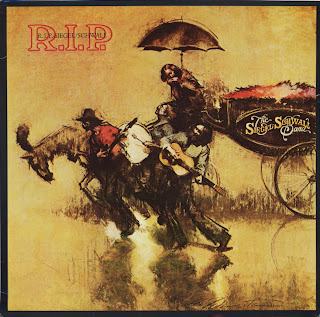 Before the Siegel-Schwall Band decided to wrap things up, they released one more album, and it became one of their best. With their bountiful, down-on-the-farm blues sound led by Corky Siegel's harmonica, R.I.P. became an excellent sendoff for one of the most enjoyable groups ever to play this style of blues music.

Most of the cuts belong to the band's favorite musicians and songwriters, but are wonderfully molded in the SSB's traditional style of rollicking piano riffs and greasy mandolin. "Take Out Some Insurance" kicks things off with a wallop, followed by a respectful cover of John Prine's "Pretty Good."

Although the lyrics aren't exactly dead-on, the band's version of Little Richard's "I Can't Believe You Wanna Leave" fairs as one of the album's strongest tracks, and the background vocals on "Night Time's the Right Time" give the song its character as the band humorously tries to imitate a horn section.

Little Walter's "Tell Me Mama" and Jimmy Reed's "You Don't Have to Go" are equally impressive, right down to Sheldon Plotkin's loosely knit percussion work, and the whistles and foot-stomping that fill the album's last track are proof that these guys weren't just another blues band.

Every one of the Siegel-Schwall Band's albums have something to offer, but they really outdid themselves on R.I.P., their farewell album.
by Mike DeGagne 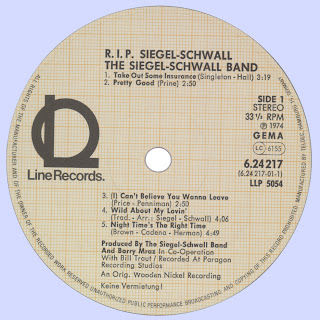