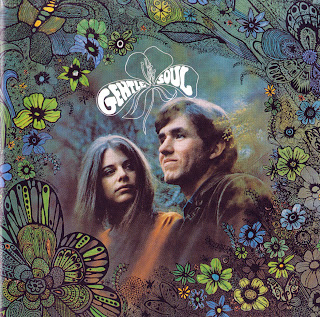 ﻿
Sundazed have done a fantastic job in reissuing the lost 1960s folk rock gem that is The Gentle Soul. Thriving in the vibrant mid to late 1960s folk rock movement, Pamela Polland and Rick Stanley of The Gentle Soul hung out with the likes of Neil Young, Jackson Browne (there's an early tune written by him as one of the bonus tracks here), The Byrds, and Tim Buckley, and worked with the likes of Terry Melcher, Jack Nitzsche, Ry Cooder (whose incredible guitar playing is throughout this cd), Van Dyke Parks, Larry Knechtel, Jerry Cole and Hal Blaine. Amongst this incredible scene of creativity, The Gentle Soul released one album and a handful of singles, but never had the push they needed or any luck with sales. Their recordings became more and more scarce through the years, the album even becoming a collector's item with a 3 figure price tag.

Thanks to Sundazed, we've got the entire recorded output of The Gentle Soul, as well as three previously unissued sides all on cd for the very first time. The cd has the entire album first, then the singles and unreleased tracks, so it doesn't play chronologically. The singles (tracks 12-14, 17-18) have a slightly more rocking sound then the gently orchestral album, but the singles are by no means rock-n-roll.

Tell Me Love is an incredible single which has an alternate take too, both arranged magically by Jack Nitzsche. Both mixes are quite different and shed a different feel on the melodic celtic lilt. The single mix has a harder hitting sound, but the alternate version has a fuller, modern sound. The first single's b-side, You Move Me, has that coffee house folk rock sound and Mamas and Papas styled harmonies and is tremendous.

The second single, Our National Anthem should've been a hit, and it's a astonishing it was not. It's also got that Mamas and Papas anthemic folk rock feel, but maybe it's the fact that the chorus is not as out right sing-a-long-able is what kept it off the charts. It's still a catchy as heck folk rock number. Song For Three, its b-side has a Dylanesque melody about a girl named Wendy. The final single, 2:10 Train has a more country folk sound and is a bit meandering, sort of like Linda Ronstadt and The Stone Poneys.

The Gentle Soul album (tracks 1-11) are wonderful orchestrated folk rock. Pamela Polland and Rick Stanley combine incredible vocal harmonies with some great original tunes, which are only improved upon thanks to the production of Terry Melcher and instrumentation from the likes of Ry Cooder and Van Dyke Parks. Songs like Renaissance or Love Is Always Real (which also has an alternate take as a bonus track) are baroque and orchestrated with harpsichords and flutes.

The melodies they came up with just enhance the whole proceedings. Generally speaking the songs with Pamela singing come out on top and remind me at times of the Michelle album Saturn Rings. At times this album reminds me of Belle and Sebastian or their side project Gentle Waves (rather fitting) - if they were more inspired by traditional folk music instead of Nick Drake. If you want to hear Ry Cooder at his most pronounced, check out the instrumental album opener Overture or the haunting song Reelin'. If I were to pick a favorite song, it would have to be See My Love - which to me sounds like it could be straight off a Belle and Sebastian album with it's melody, piano and Pamela's light as air lead vocals. It's the closest they come to rocking out.

I was very glad when I learned that Sundazed were going to reissue The Gentle Soul album. I'm glad that more than just the collectors can hear the magic held in this delightful folk rock album. Hopefully, it can find a place in your collection too. 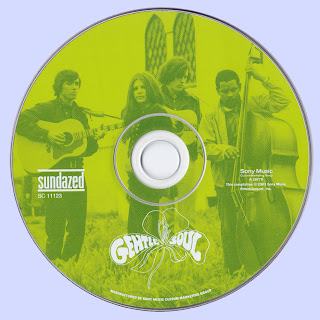