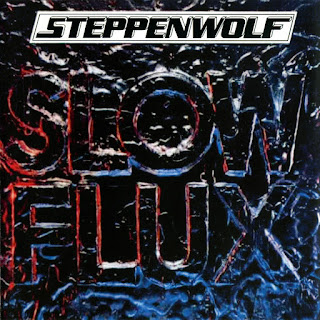 Few bands with as many hits to their name (eight gold albums, six US Top 40 singles) are as tied to a single song as Steppenwolf, who will be forever known for Born To Be Wild.
Here, however, are the band’s seventh studio albums, dating from 1974 respectively, and  first of three album produced in a brief flurry of activity between hiatuses. Slow Flux saw the group reconvene around a core of founder members, notably vocalist John Kay, whose unmistakably gritty tones give the album much of its character.
It’s a strong, bluesy and nicely late 60s-sounding set, with several highlights including the Dylanesque Children Of Night and catchy single Straight Shootin’ Woman. Unavailable in its entirety for many years, it contains the Top 40 hit “Straight Shootin’ Woman,” as well as the foretelling “Children of Night,” and “Gang War Blues.” Clamored for by fans since it went out of print.
by William Pinfold, 06 September 2013 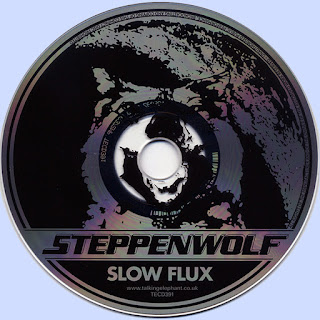 Free Text
Just Paste
Posted by Marios at 10:19 AM 3 comments: